Rejects from the 8 a.m. blog

So, the goal of my 8 am blog is to take a picture at 8 a.m., where ever I am and write about it. For me it's more about forcing myself to get out of the house every day, and getting back into writing that doesn't involve work or being on Facebook. I haven't been religious about choosing the picture that was taken at exactly 8:00 a.m., I usually manage to take a bunch of pictures and choose one that inspires me to write. Here are some of the rejects: 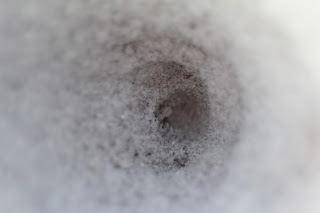 I took this picture of an ant lion the day I used the spider web picture. This isn't focused enough to really be able to see the ant lion well, I need to practice using the extender more, and also practice squats so I can get closer to things on the ground. 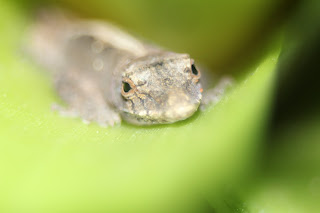 I took this picture the day I used the mourning dove egg. It is a Cuban anole snuggled down in my pineapple. Which sounds like a euphemism but is not. Anyway, I figured there will always be anoles, but it's not every day you find a mourning dove egg, so I went with that picture instead. 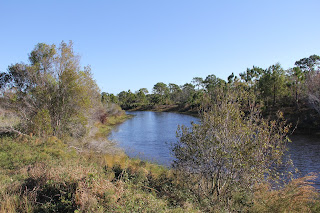 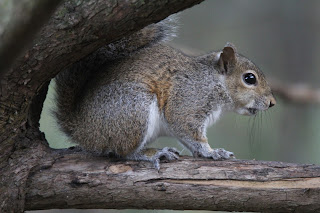 I took this one the day I caught Barty bird watching. The squirrel is cute, but my Barty is way more adorable. 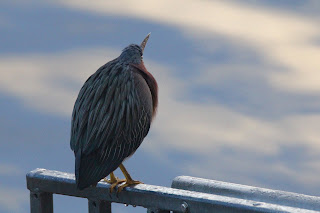 I took this shot of a green heron the day I took the shot of the dead fish. Indignation won out over a nice photo that day. 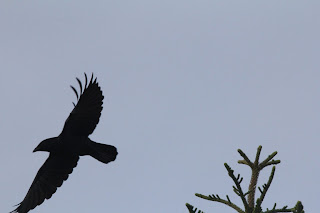 I took this shot the day I took the mockingbird picture. A really stupid joke won out over an artsy photo. 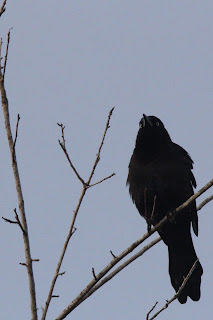 Another shot from the day I took the mockingbird picture. I like the way he was staring at me, but couldn't think of what to write about it. 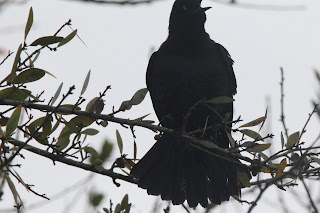 If I was making a video blog, I would have totally used this, but alas, it doesn't work as a still photo. What happened was, the bird would make this loud chirp, then his tail feathers would splay out. I am sure it was a display of some kind, but I swear, it looked like an old guy farting and laughing. I wish the quality of the photo was better, I still might have used it if I hadn't cut off his head. 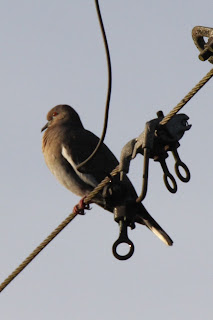 Pretty but boring shot of a white wing dove. I just couldn't think of anything interesting to say about him.  Rejected from 17-January blog. 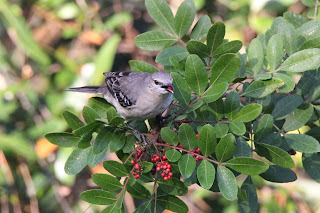 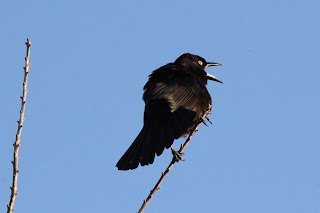 A Common Grackle. This picture is higher quality than the one I wound up using on 17-January, but I really wanted to continue with the Mercenary Blue Jay story. 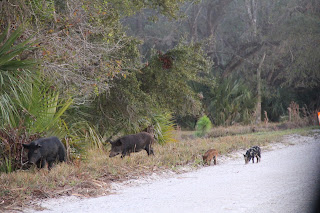 Wild pigs. Didn't have the long lens out. Reject from  January 18. 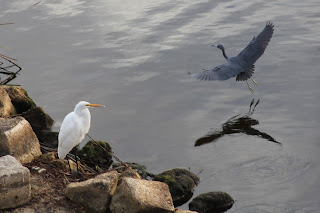 Reject from  January 18. This tells a story, but I couldn't quite tell it. 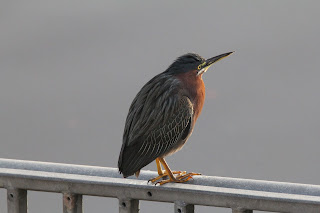 Reject from  January 18. Green Heron. Great picture, but I couldn't think of anything to write. 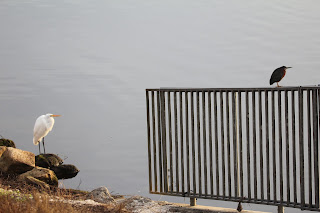 Reject from  January 18. This is another one that tells a story, but the Great Egret is out of focus. Perhaps the story it tells is that I suck as a photographer.
Posted by deederange at 5:57 AM