How I Spent My Summer Vacation...

So, I decided to take a sabbatical from work, felt like I needed a break from sitting at a desk every day. I made a list of stuff I wanted to get done during the break. One of the big things was that I wanted to build some shelves in the garage so I could empty out the guest room so I could build David an office, which would mean we could have a living room. 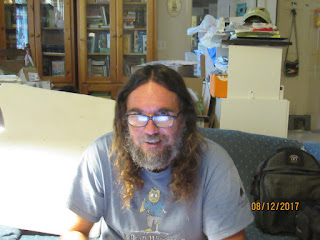 The issue is that David didn't really have an office to call his own, it was kind of half of our living room. 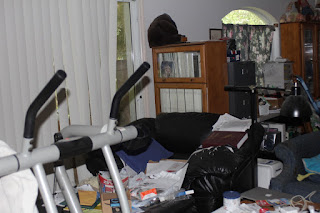 It tended to slop over into the livingroom... 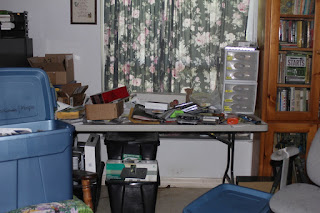 ...and elsewhere. It was driving me kinda crazy. 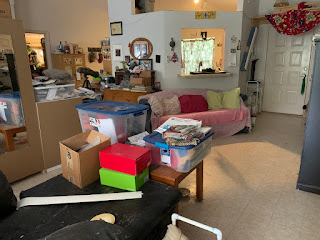 There were a few times over the last few years that I have tried to clean/reorganize... 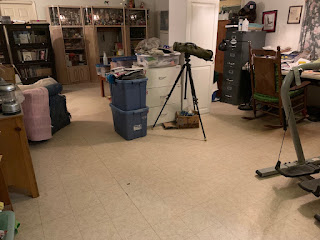 I added some cabinets, 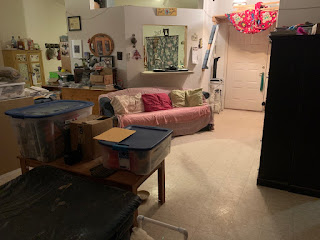 moved the couch, but ultimately, it always went back to the way it had been before... 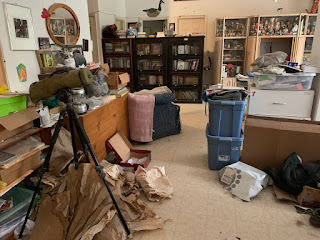 usually worse. So I decided that the solution was, as outlined above, 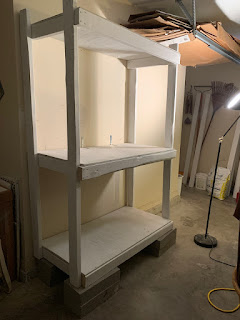 to start by building new shelves in the garage. I did this the first week of my sabbatical. 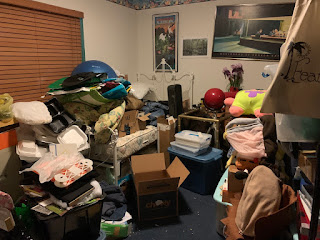 Next, I had to attack the guest room. The light had been burnt out in there for months so when we had to "put" something in there, I opened the door, and tossed in said item into the abyss. Before I could start we had to replace the lightbulb, but to do that, I had to clear a path for the ladder. Once that was done,

I had to take stock of the room. 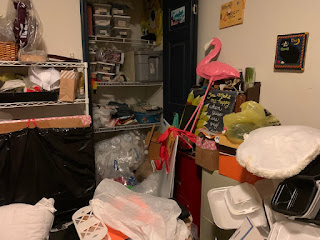 What was in here? Lots of crafts, lots of stuff for recycling, all of our BWDS class materials, puppet making supplies, I could go on and on.... 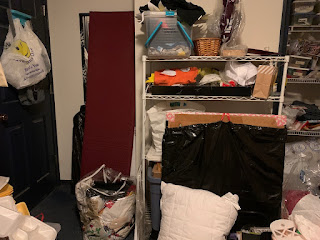 and on and on (Yes, that is a Magicarp had on the second shelf down - I made it myself, let me know if you want it.) So, David was going away for 3 weeks in August. I knew that I wanted to do most of the work during those 3 weeks. So I spent a while on the computer figuring out where to recycle/upcycle/donate everything that I could. (See details below.) 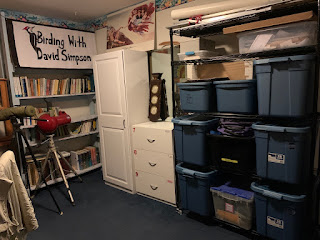 I wound up making a built in bookshelf (with the BWDS sign hanging from it). That alone took the first week. I then had another issue - I had to get rid of the guest bed before I could do any other work. David texted me on Friday to say he was coming home a day early, which meant I had less thann48 hours to get everything else moved into the office... 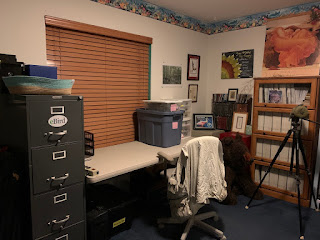 ...which I could not do until the bed was gone. I posted it to Facebook Market place and said that if someone could take the bed before 5:00 on Saturday, they could have the bed for free. A neighbor showed up with a truck and the bed was gone by 9:00 Saturday morning. See all the furniture in the office? 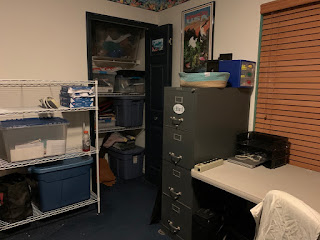 I cleaned and moved every single piece of it by myself. I was pretty tired by Saturday night, but really wanted to get it done. Because... 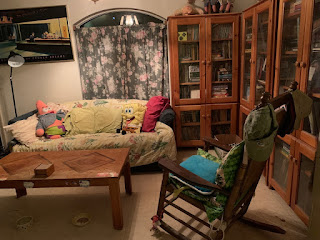 I still had to finish cleaning the living room and moving furniture in there. I was giving away a bunch of stuff. David said he wouldn't be home till 5:00, and someone wanted to meet to get some packing material from me. I drove downtown to give it to her at 3:30. And David called me shortly after 4 to say that he was home. I was devastated. After all that work, and I couldn't be home for "the big reveal." But I did at least had the foresight to put a bow on the door to his office, and he didn't go in till I got back. 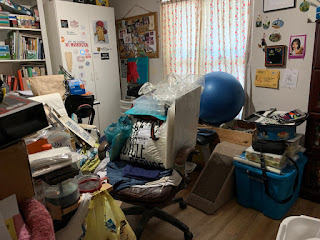 Meanwhile, a LOT of the stuff that was in the guest room of course wound up in my office, so now I had to clean this mess up. 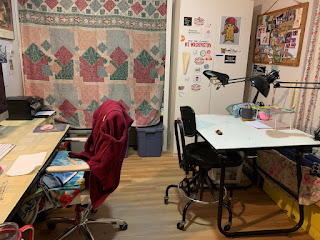 Again, I went through everything. I have already filled up our recycling barrel once (with just paper and cardboard) and will have to wait till next week to put out another full load.
In case you are wondering, I seriously LOATHE dusty books. I decided to hang a curtain in front of my bookshelf to try to keep the dust down. I plan to do the same for David's office. 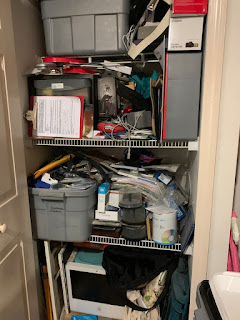 This was my office closet before... 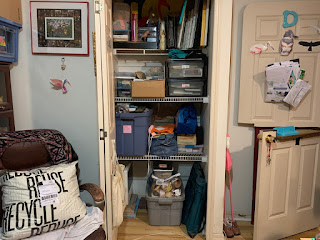 ...and after. I whined to David about WTF did you keep all that crap (papers, empty boxes) and was horrified to see that I did the same. 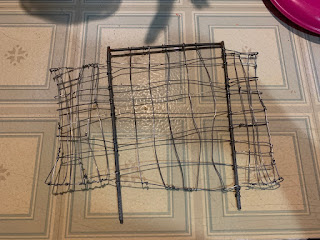 One odd thing. I found this thing I made... it appears to be armature for a clay piece, but I cannot, for the life of me, figure out what the heck I was going to build.
Anyway, one of the big reasons that I tend to hold on to a lot of stuff is cause I feel guilty and wasteful throwing stuff out, so I hold on to it thinking that there has to be a use for it.
So, just in case there are any other pack rats reading this, here is a list of how I got rid of more that half of what was taking up so much space in my house:
Note: I found Madewell, Buy Nothing, and For Days on this great blog post.
Anyway, this is what I was doing when I wasn't working with Scrub jays. I must say that dealing with Scrub Jays was far easier, and even when the deer flies were biting, it was better than cleaning.

Posted by deederange at 8:13 PM No comments: