Despite the threatening weather, we ventured out with 3 guests to Sebastian Inlet this morning. Because I packed and wore my rain poncho, I was able to keep the rain at bay until we got back to Ditch 13. Here are a few shots from the day. 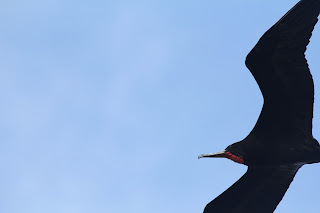 I took this picture getting out of the car, a Magnificent Frigatebird flew right over the car.  You can even see his red pouch. 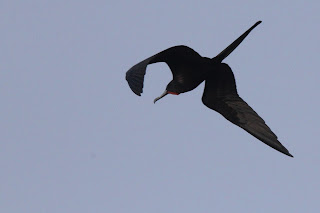 Another shot of the Magnificent Frigatebird. They have such an interesting, distinct shape to them. 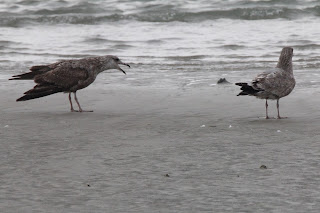 (Bird on left:) "Hey! You know why we fly over the sea? Cause if we flew over the bay, we'd be BAGELS! Hahahaha, get it? BAY-GULLS? Huh? Get it? HAHAHAHAHAHA" 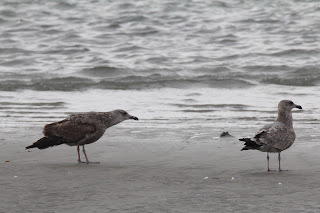 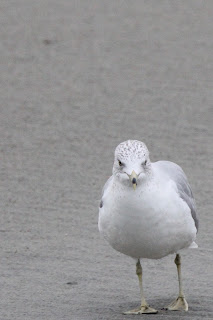 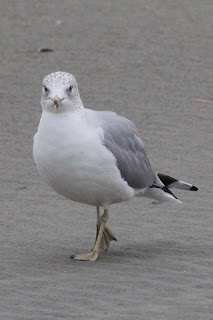 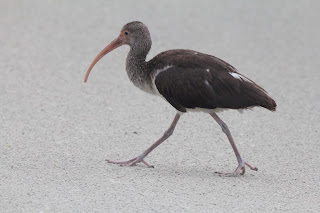 Immature White Ibis. "I know you are, but what am I?" 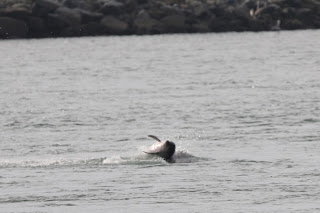 Terrible quality picture, but proof we saw a dolphin jumping out of the water. 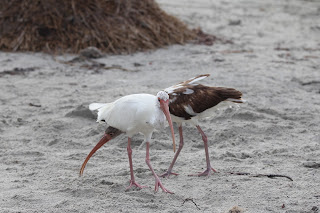 An immature and slightly more mature White Ibis. "Shirt's on fire! Now it's out!" 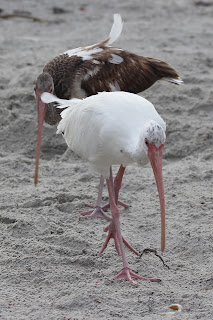 An immature and slightly more mature White Ibis.  The more mature one still has brown speckling on his forehead. 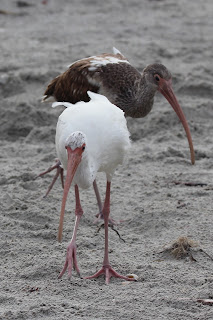 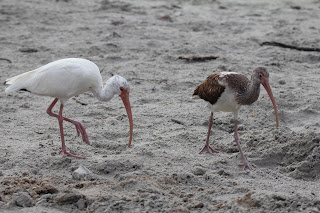 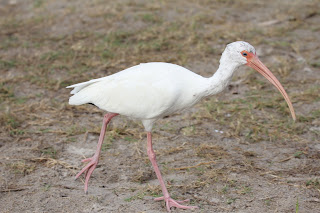 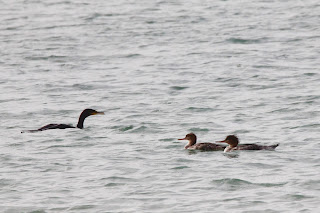 Terrible picture, but proof that we saw Red-breasted Mergansers 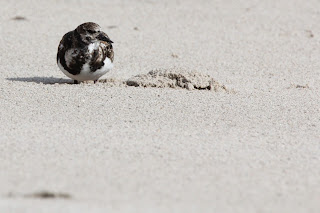 I thought this dumpy little bird was adorable. And someone I can relate to. Well, the dumpy part, not really the adorable part. 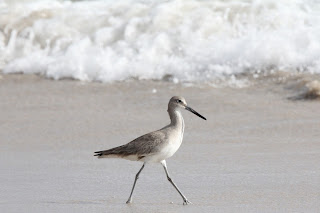 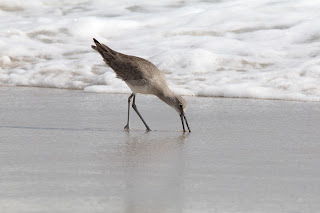 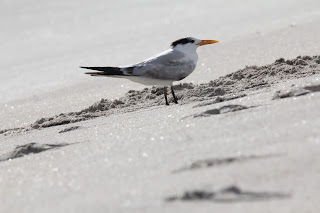 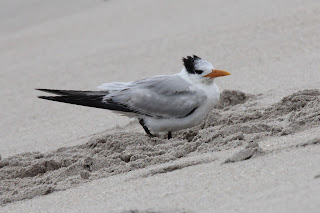 A bad hair day is always just a wind shift away. 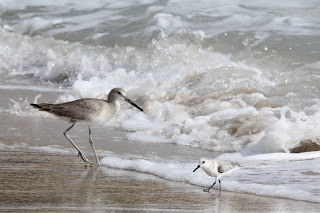 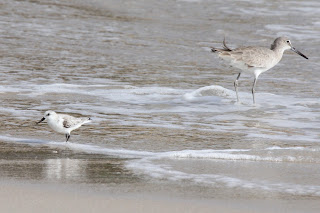 Two ships passing in the mid-morning. 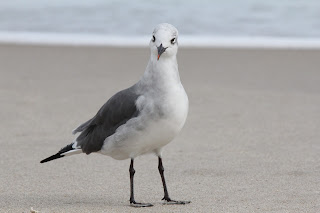 I got all excited when I saw this. There has been a Sabine's Gull at the inlet. I thought maybe this was him because of that little smidgen of orange on the tip of his bill, but David said it's just a regular Laughing Gull with a smidgen or orange on his beak 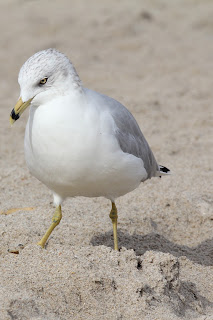 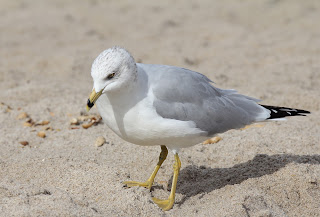 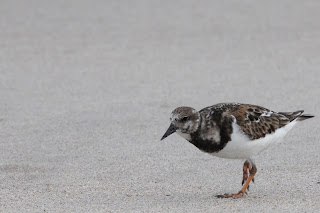