I went out on Saturday morning to get my daily blog, then got to help David lead a trip this morning. Today I learned something new, and then got not one, but two pictures of it. Keep reading for details, and don't forget to click to see the pictures full size! 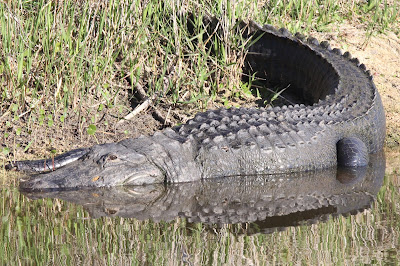 Yesterday, I saw what appeared to be a dump truck crashed on the side of the canal. When I got closer, I realized it was this BA Alligator. Ok, I didn't really think it was a truck, but it was a very massively large gator. 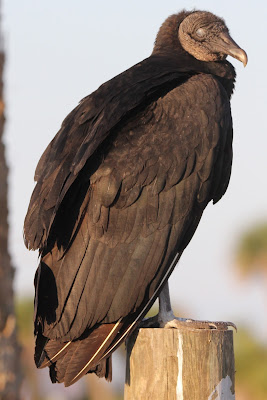 See how this Black Vulture's eye looks grey? That is actually his nictitating membrane, which is a third, clear eyelid. All birds have this. I knew that pelicans and owls have it, I did not realize that all birds do.  Every time that I've captured this, I always thought I was just screwing up the picture and the light was hitting the bird's eye funny. 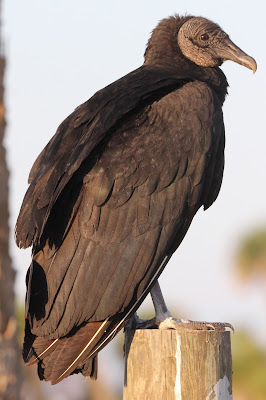 He actually has really pretty eyes when the nictitating membrane isn't down. 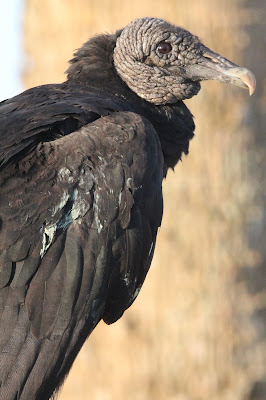 A close up of a different bird. This is the second time I've gotten a photo of the bird that clearly was at the lower end of the roost. Poor guy. I swear you can see the embarrassed resignation on his face. 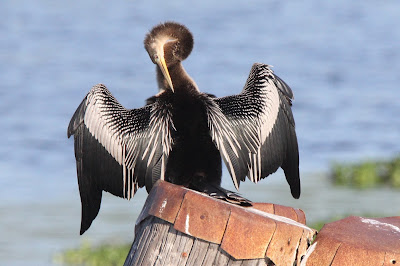 A female Anhinga. You know she is a female because she has a brown head, where the male Anhinga has a black head. 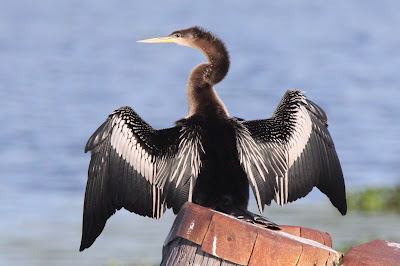 In a more typical pose. 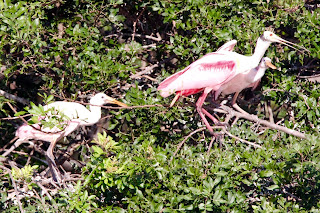 I love the baby sticking his head out from under the mom's wing. I got a much better shot for my 8 a.m. blog. 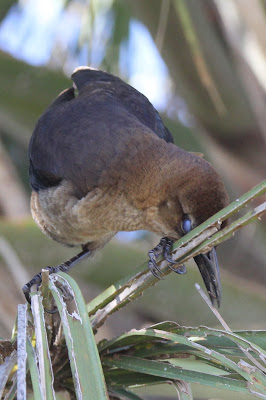 Notice the nictitating membrane on this female Boat-tailed Grackle. 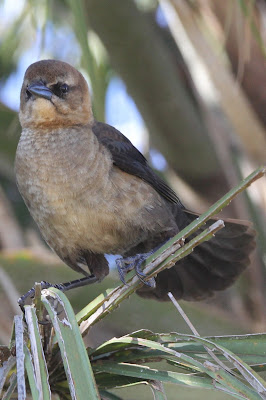 And here she is with her eyes wide open. 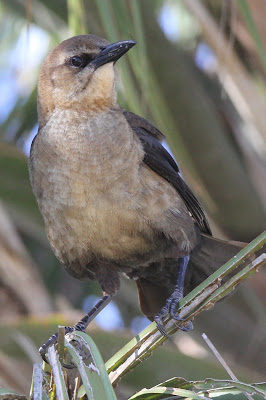 Here she is again in a more dignified pose. 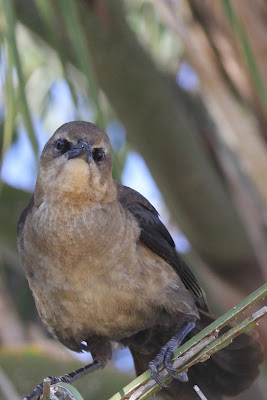 This was my favorite shot of the day. She just looks kind of adorably pouty. 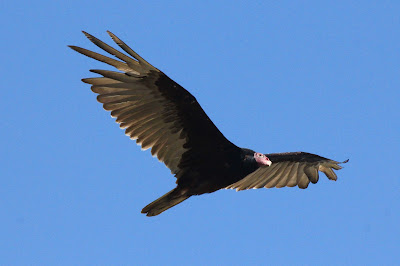 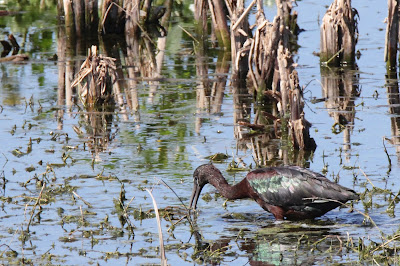 A Glossy Ibis,  looking particularly pretty in the light. 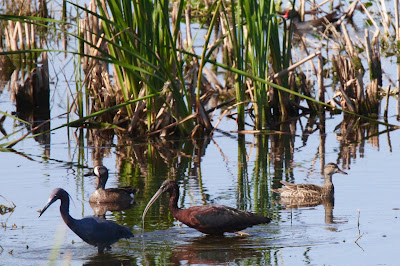 This isn't a great picture, but I thought it was cool that we had 59 species today, and I got four of them in one shot. From left to right, Little Blue Heron, male Blue-wing Teal, Glossy Ibis, Common Galinule, and female Blue-wing Teal. 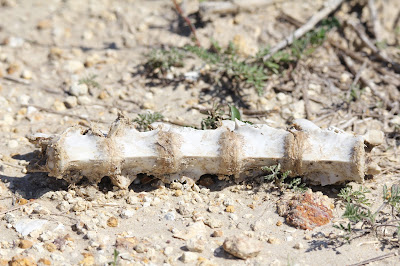 A deer spine. It's odd, usually after a carcass has been picked clean, it is either dragged off or decays. These deer bones have been in this same location for months.
Posted by deederange at 2:26 PM