We had a great time leading 7 people out through the Vero Wetlands today. Thanks so much to everyone who came out and joined us. Here are the pictures from today, click to enlarge. 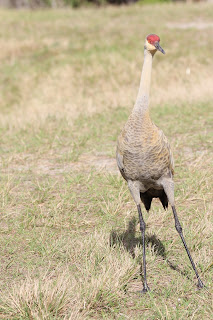 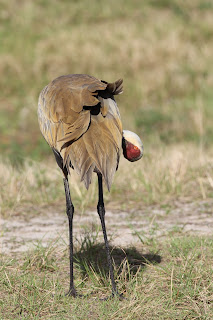 I can totally relate to this bird. 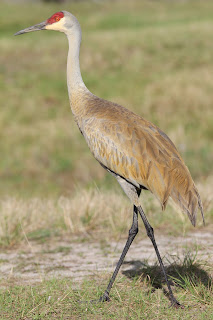 Here's a Sandhill Crane in a more typical, majestic pose. 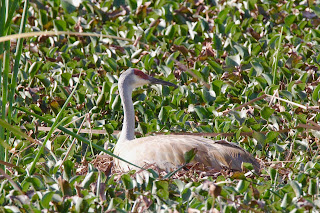 This is a female sitting on a nest. There are a few  nesting pairs out there. 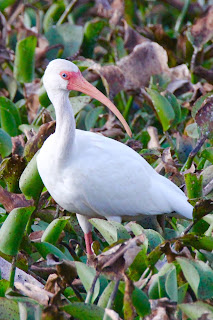 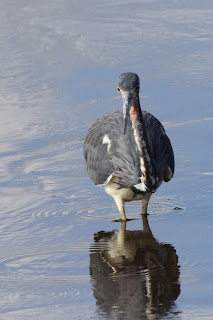 I swear, this Tricolored Heron had Morse code running down his neck. I think it reads, "I like fish." 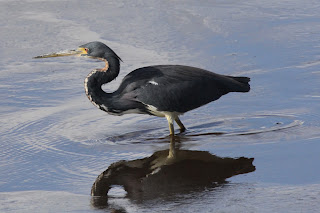 Another shot of the Morse code Tricolor Heron. 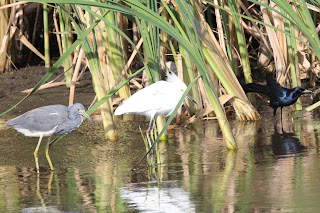 This was one of my favorite pictures of the day. This Tricolor Heron, Snowy Egret, and Boat-tailed Grackle looked like they were filming one of those peace and unity, love everyone public service announcements. We can learn from birds. 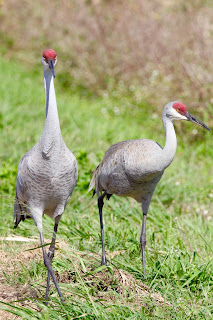 This was a pair of Sandhill Cranes who appeared to be dating, but probably not mating. If they were mating, one would be watching the nest. Or maybe they are just seriously irresponsible parents. 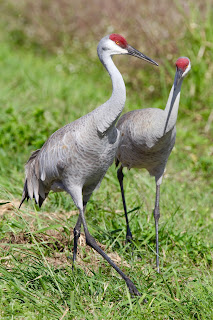 But they did make an adorable couple either way. 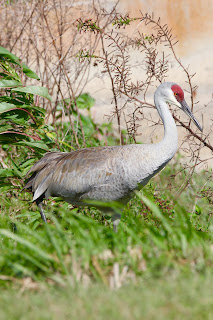 This was another of my favorite pictures from today. I like the plant behind him, it fancied-up the picture. 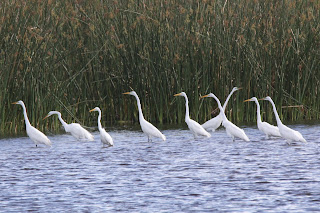 This picture reminds me of a cartoon where a bunch of goofy birds are talking to each other. They looked exactly like this picture in the cartoon, but I can't remember for the life of me which cartoon it was. Maybe Family Guy? 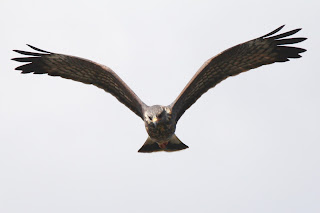 This was pretty sweet. A Snail Kite came in really close, and I got some pretty decent shots. 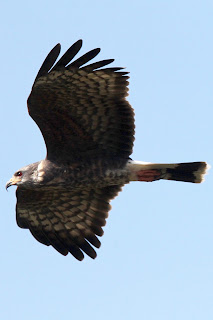 Another view of the Snail Kite. These are the best looks at Snail Kites that I've ever gotten. Check out my 8 a.m. blog for another shot and a helpful poem that you can use to identify the bird. 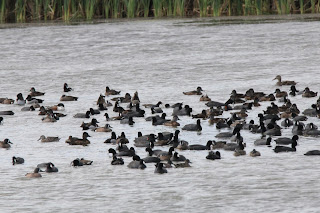 We had Coots, Common Gallinule, Blue-wing Teal, Shovelers, Ring-necked and Mottled-Mallard hybrid just in this picture alone. There were a bunch of other duckies too, but alas, none that came close enough for a good picture. 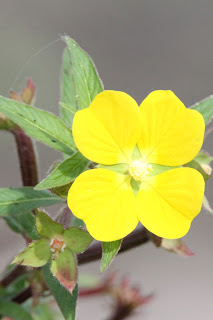 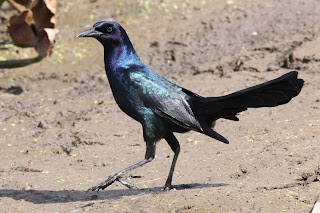 A Boat-tailed Grackle. These guys are just so very pretty. 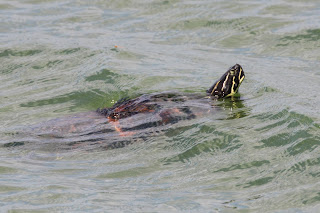 Not sure of the ID on this turtle, possibly a Peninsula Cooter. 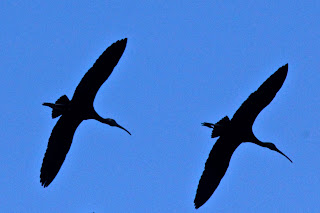 And 2 Glossy Ibis in silhouette.

As always, thanks so much to everyone who came out today, and special thanks to Nick at Ditch 13 Gallery for helping us promote these trips. Be sure to stop in at Ditch 13 the next time you are in Fellsmere, they have a super collection of local books, honey, and artwork.
Posted by deederange at 11:53 AM