Pledge to Fledge at Green Cay

Had an awesome day out today at Green Cay with lots of old birders and even more brand new birders. Here are some pix of just a few of the amazing things we saw: 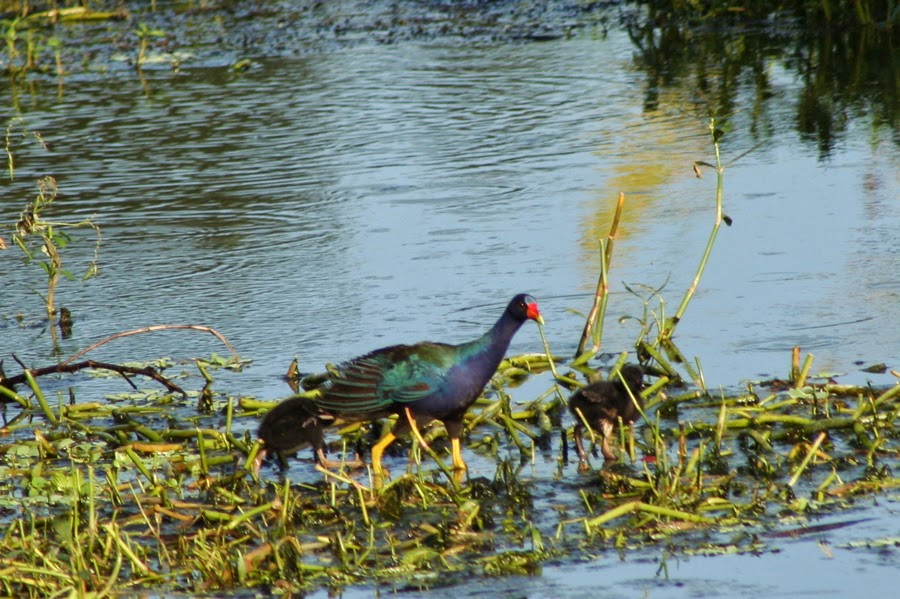 A mom Purple Gallinule with her babies. 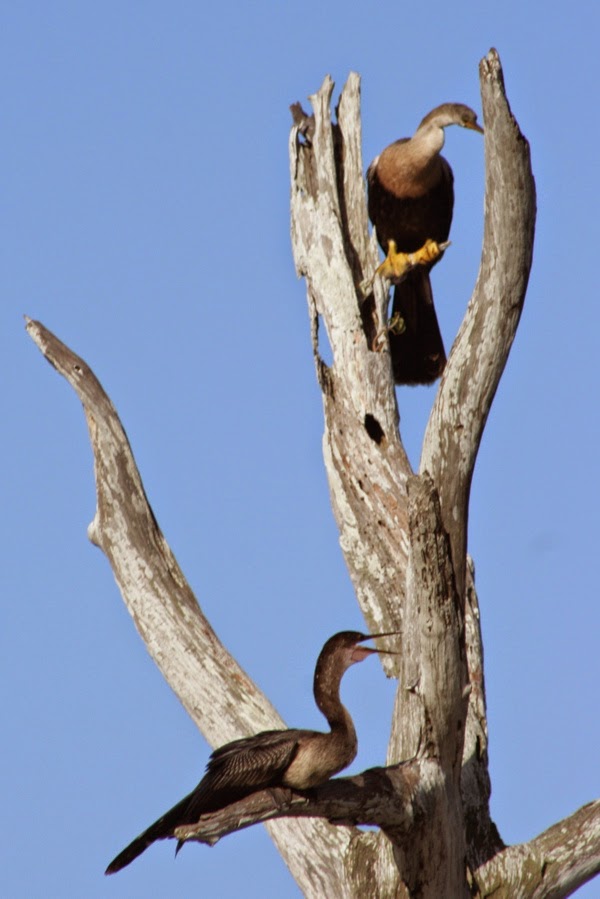 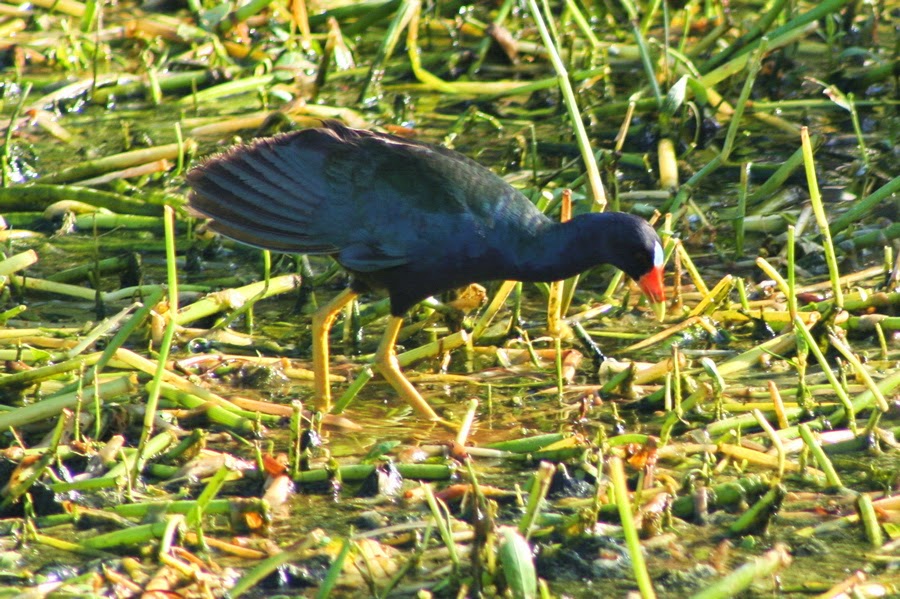 Another Purple Gallinule. Take a look at his honkin' big feet! 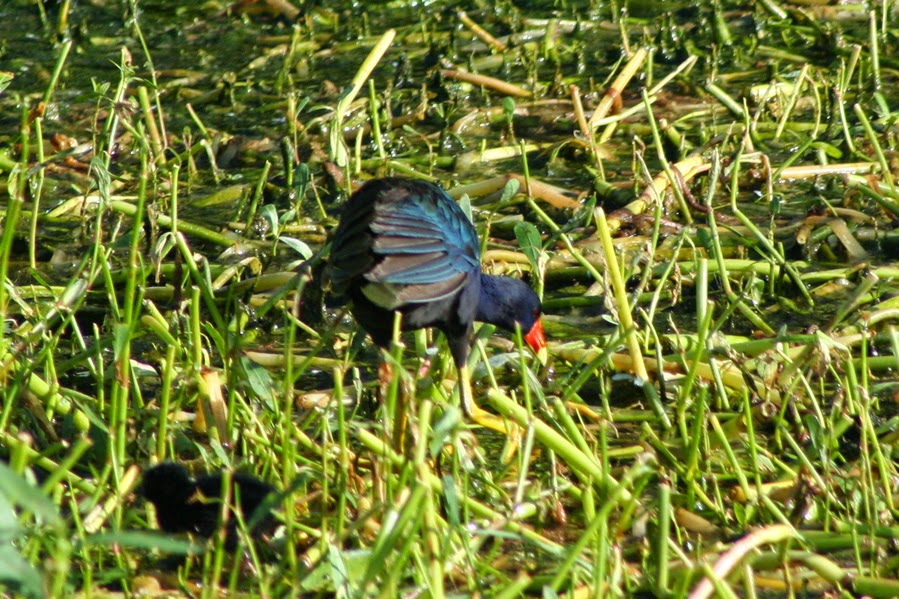 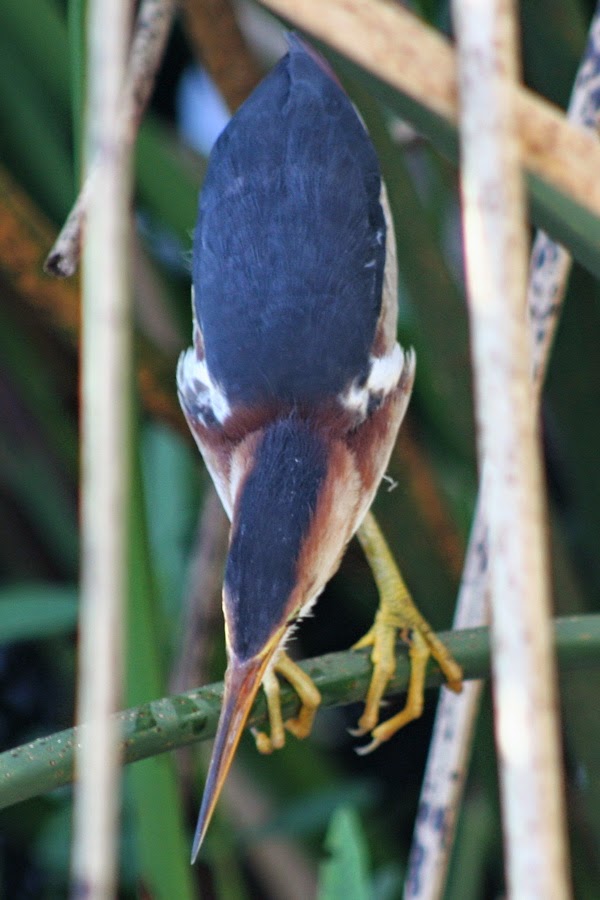 This was neat, a Least Bittern in the exact same spot I got my lifer. 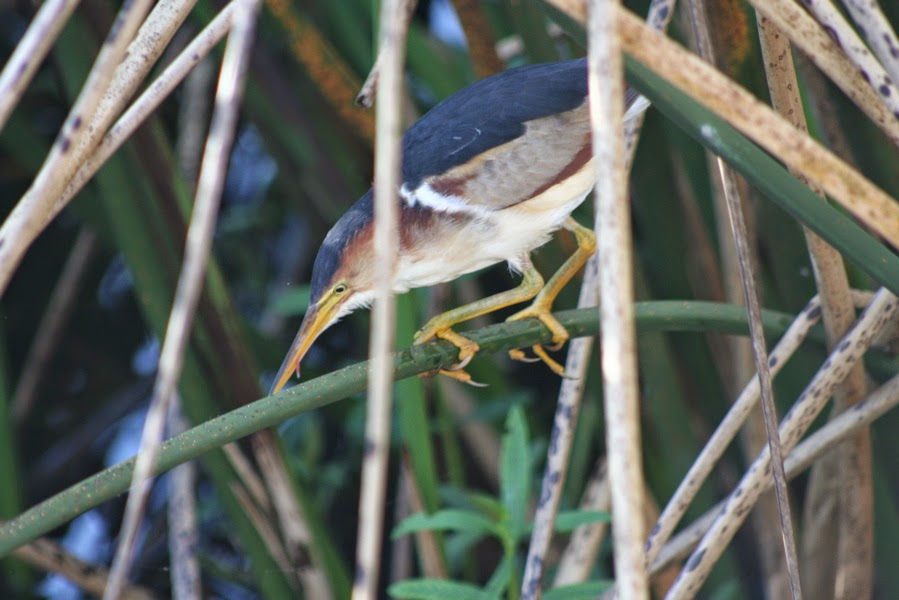 Another shot of the Least Bittern. 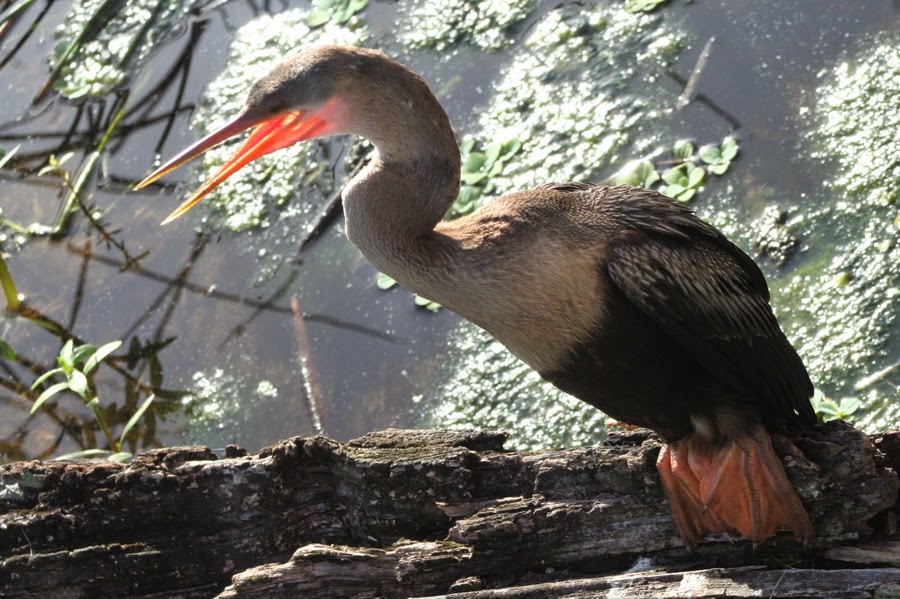 Just an Anhinga, but I liked the way the light lit up his orange parts, making him look like he was on fire! 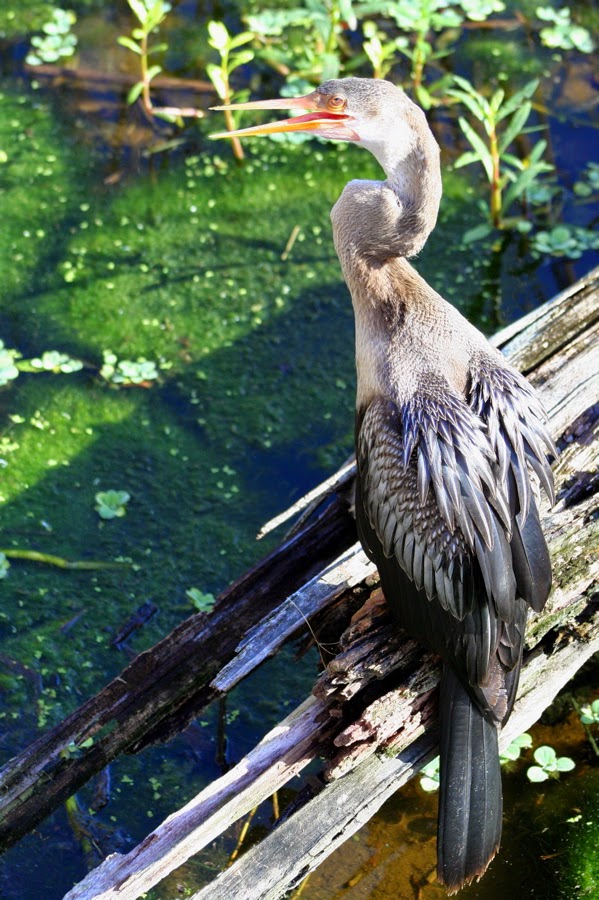 This was the same Anhinga as above, from a slightly different angle. 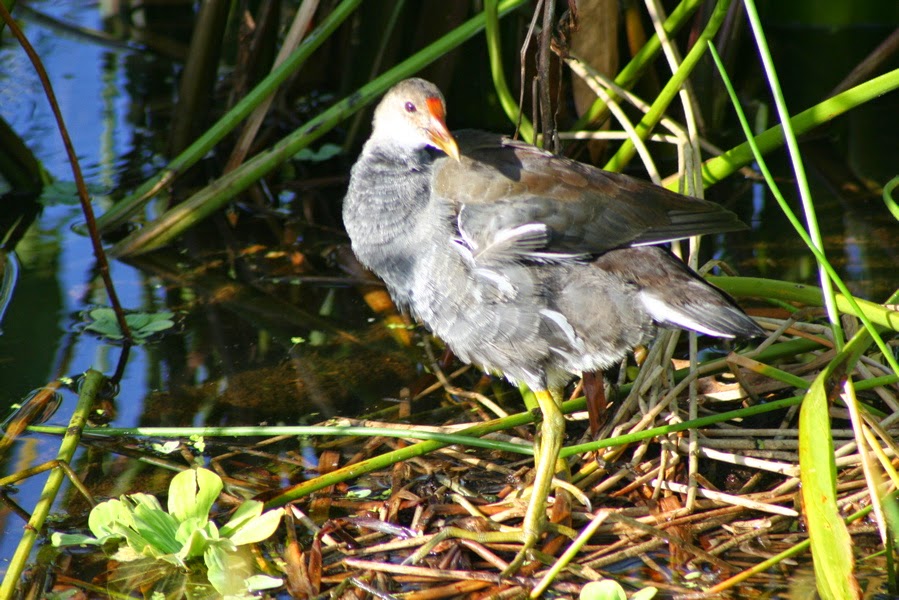 This was a juvenille Common Gallinule. He has big feet too. 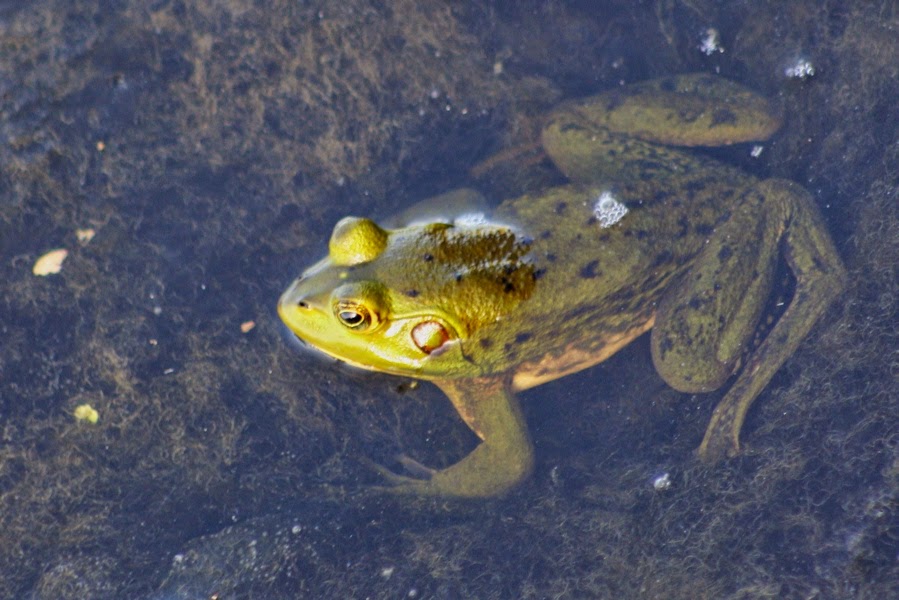 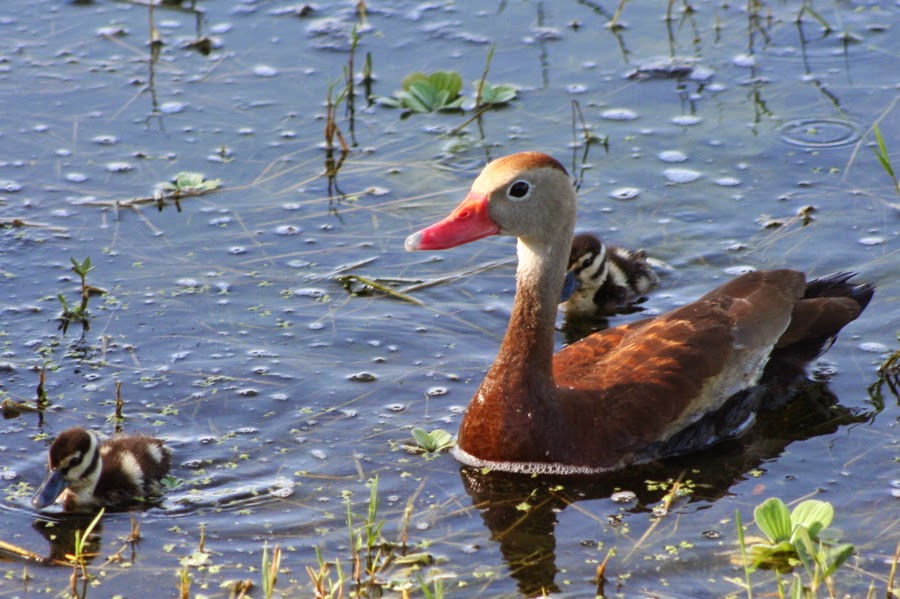 This was my favorite picture of the day, a mom Black-bellied Whistling Duck. I love the look on the mom's face, she looks so smug and kind of satisfied. There were a total of 14 babies. 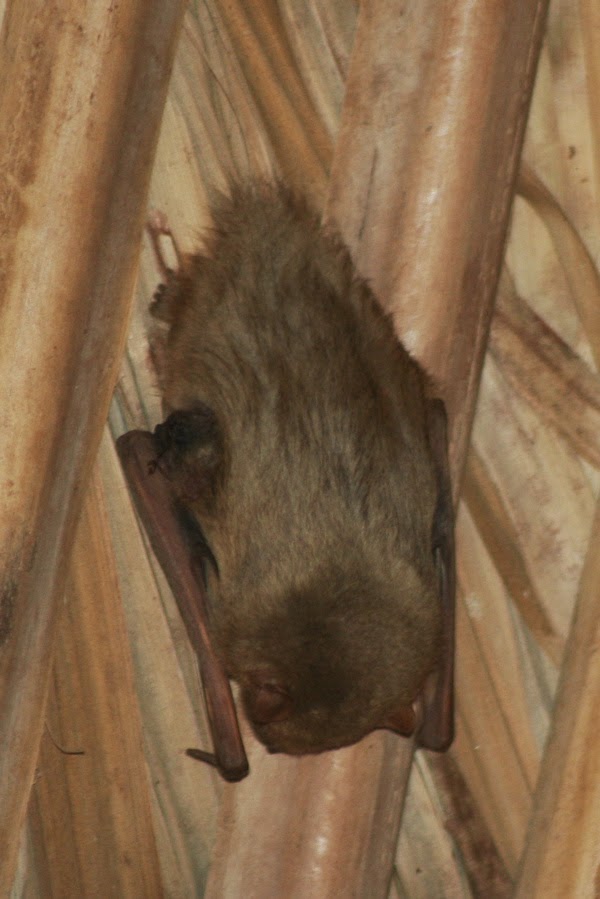 This was super amazing - I got my first bat photograph! 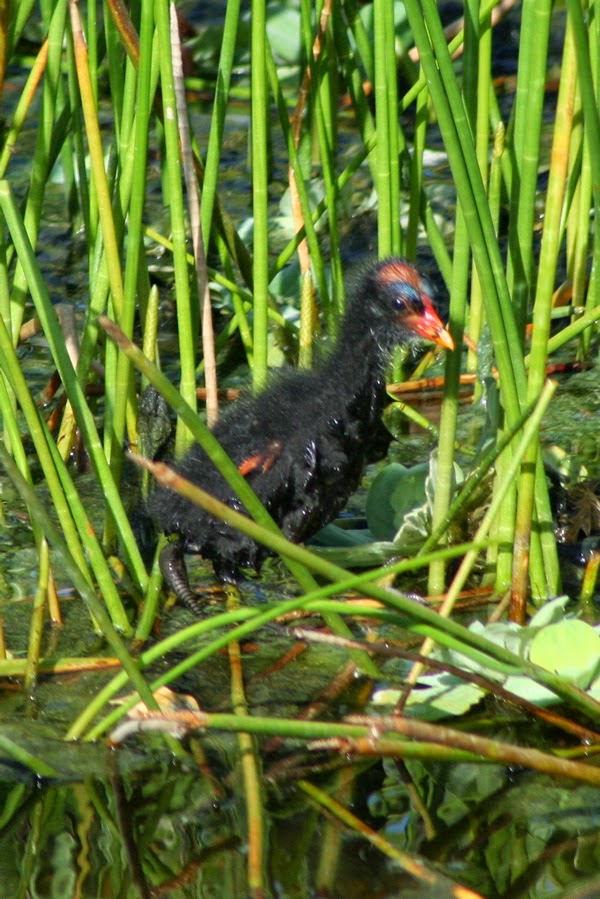 This is a baby Gallinule. Notice the bald spot on his head? Paddy told me that when the parent birds don't think they will have enough resources to feed all their babies, they will kill one or more of the babies by stabbing them on that bald spot. 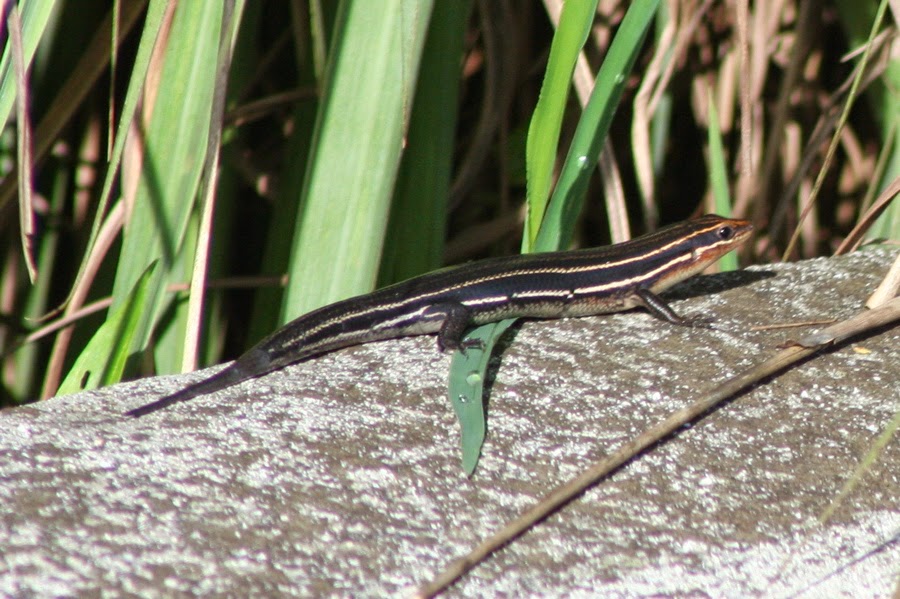 My favorite Florida critter, the 5-line Skink. This one doesn't have the bright, electric neon blue tail though. 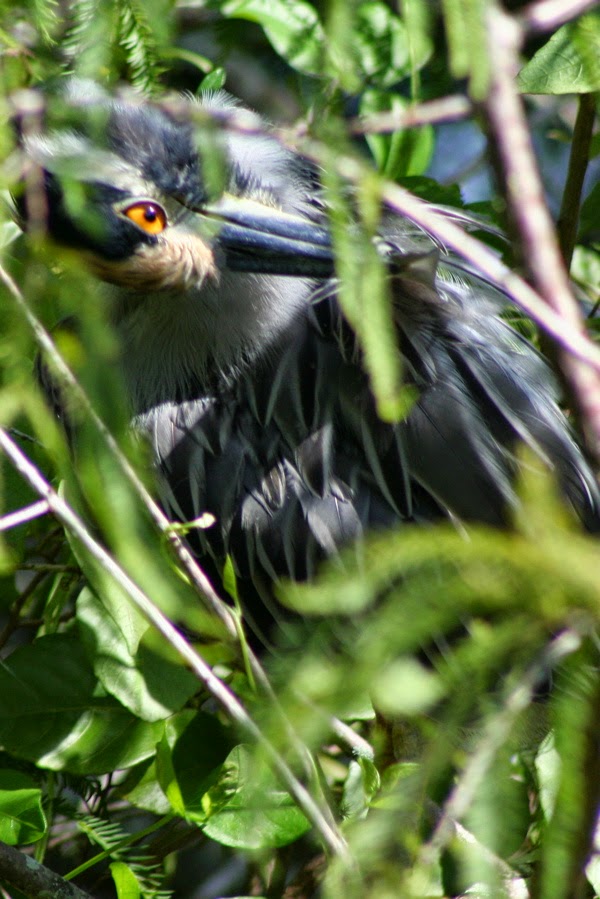 This was a Yellow Crowned Night Heron performing personal maintenance. I liked how the light caught his eye in this picture. 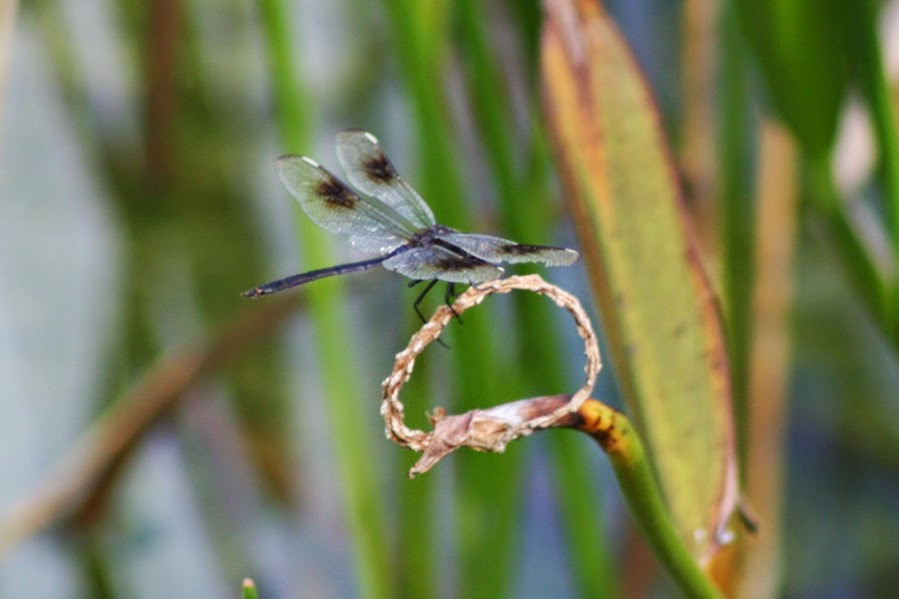 Lots of dragonflies out there today. I think this is a 4- Spotted Pendant, but I'm not sure, will have to research. 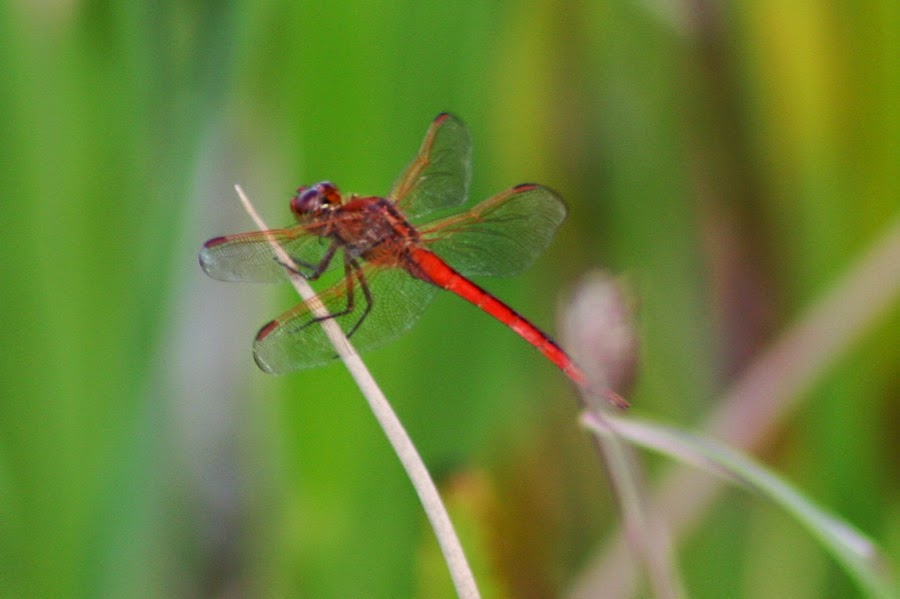 I was told there will be another Pledge to Fledge event in February. If you ever wanted to try birding, join us!
Posted by deederange at 1:36 PM