Bugs, Crabs and Birds at the Inlet

Well, we were supposed to go to the zoo today, but I was sluggish, and David discovered that today is National Shorebird Day (aka "Another Stupid Seagull Day) so we went birding at Sebastian Inlet instead. Didn't get anything new, but got some cool pix. Click to enlarge. 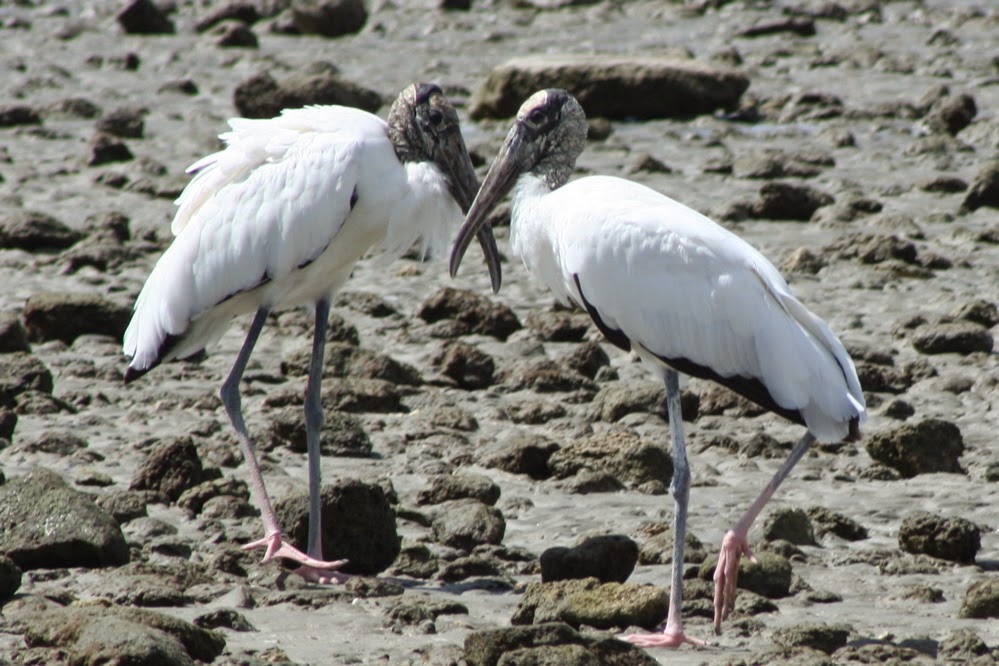 There was a whole herd of Woodstorks out there today. I love this bird. Look at his feet - they look as old and wrinkly as his face. I can relate! 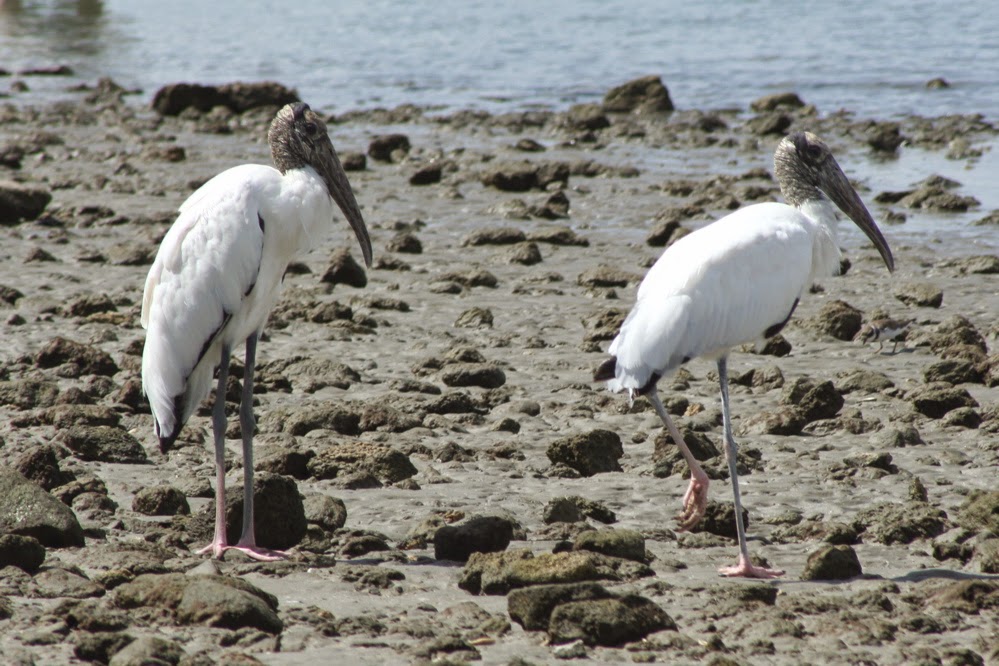 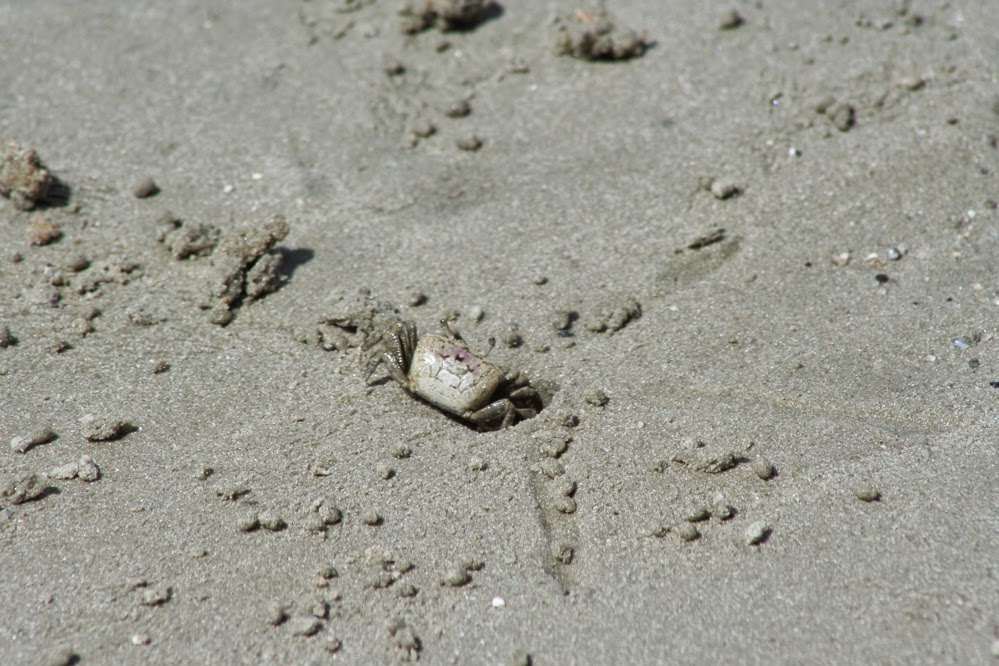 Some kind of crab. If anyone knows their crustaceans, let me know, I could use some IDs. 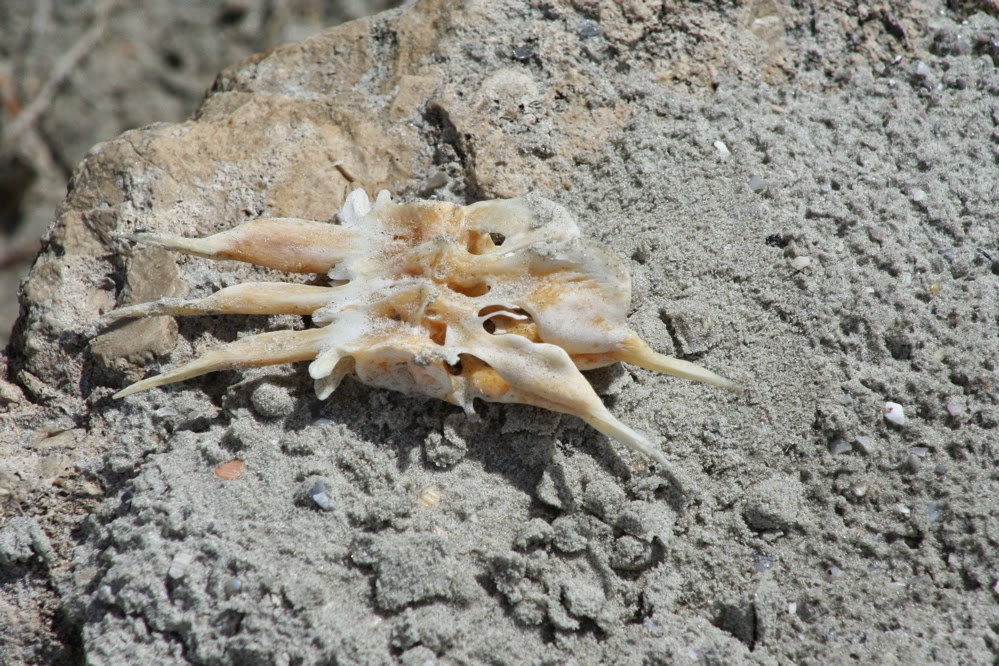 A partial skeleton of some kind of fish. 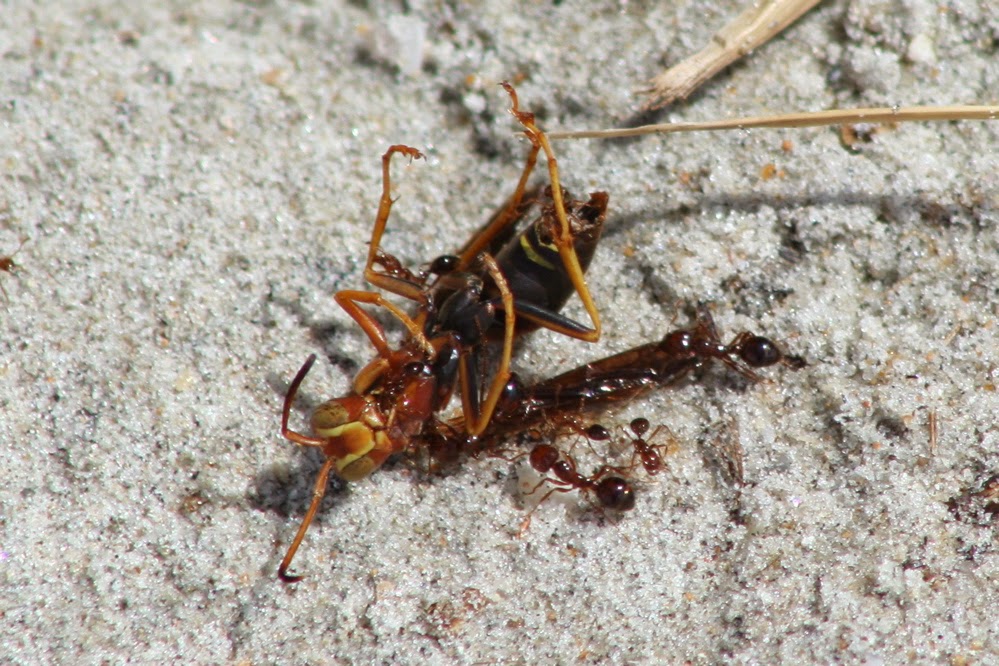 Ants, nomming on a dead bee. 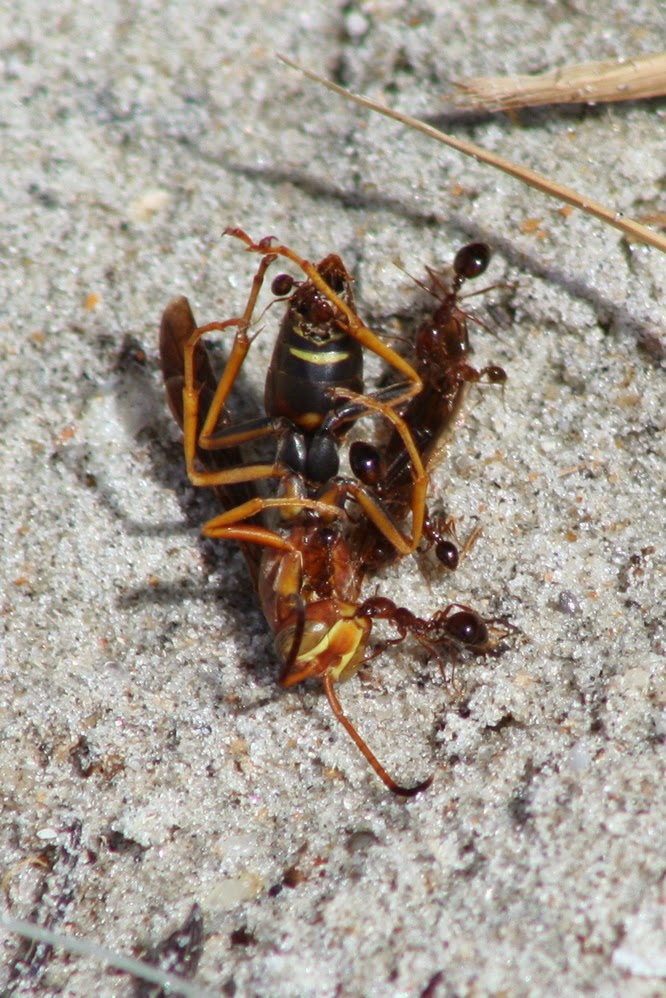 This is bizarre. It looks like the bee's butt is smiling, despite being devoured by ants. 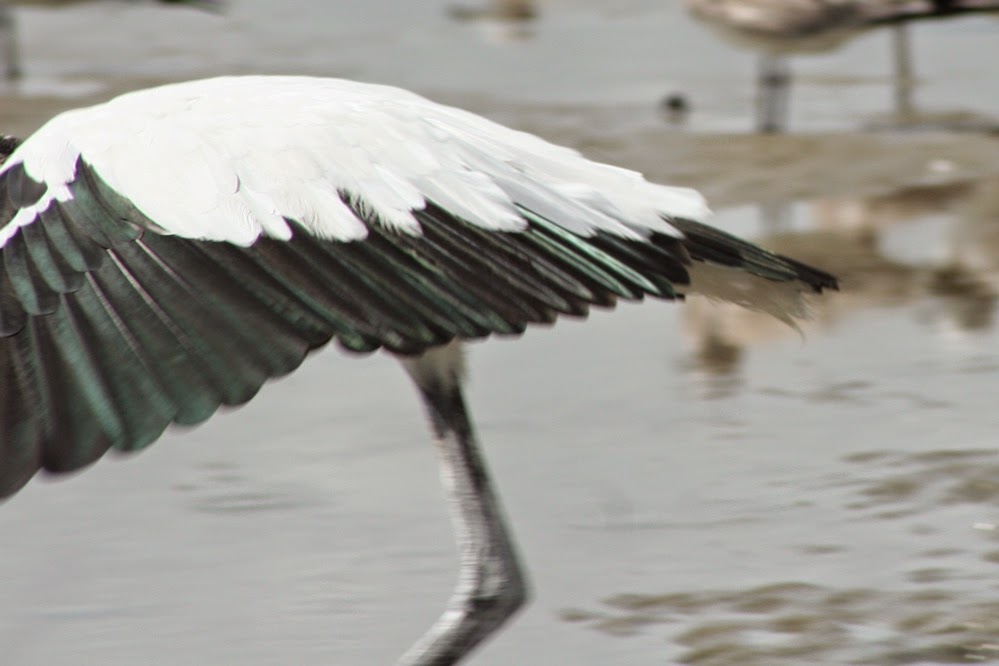 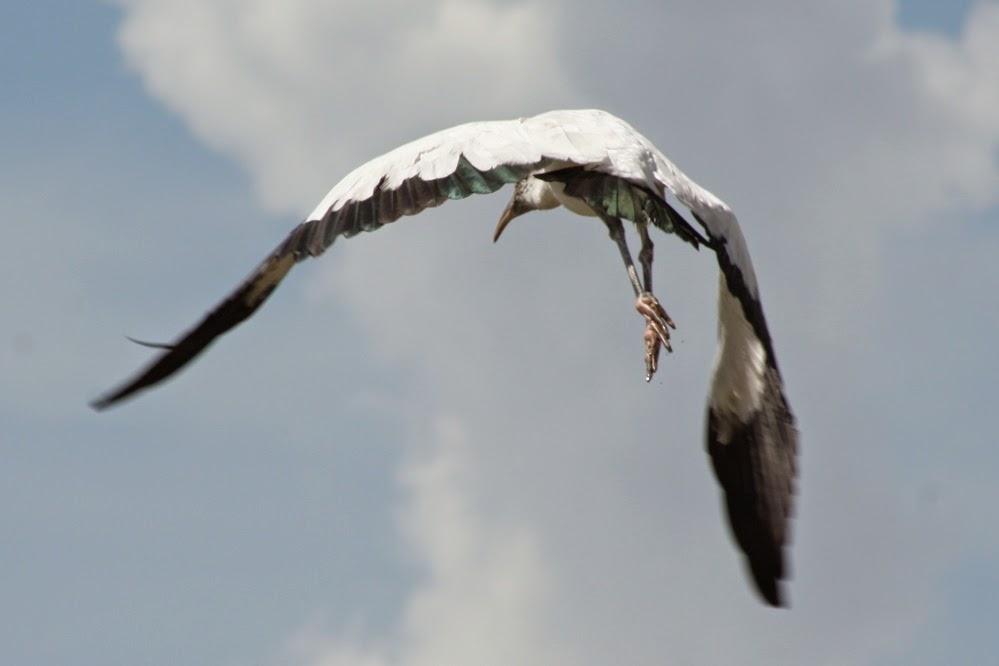 Another shot that shows the iridescence. 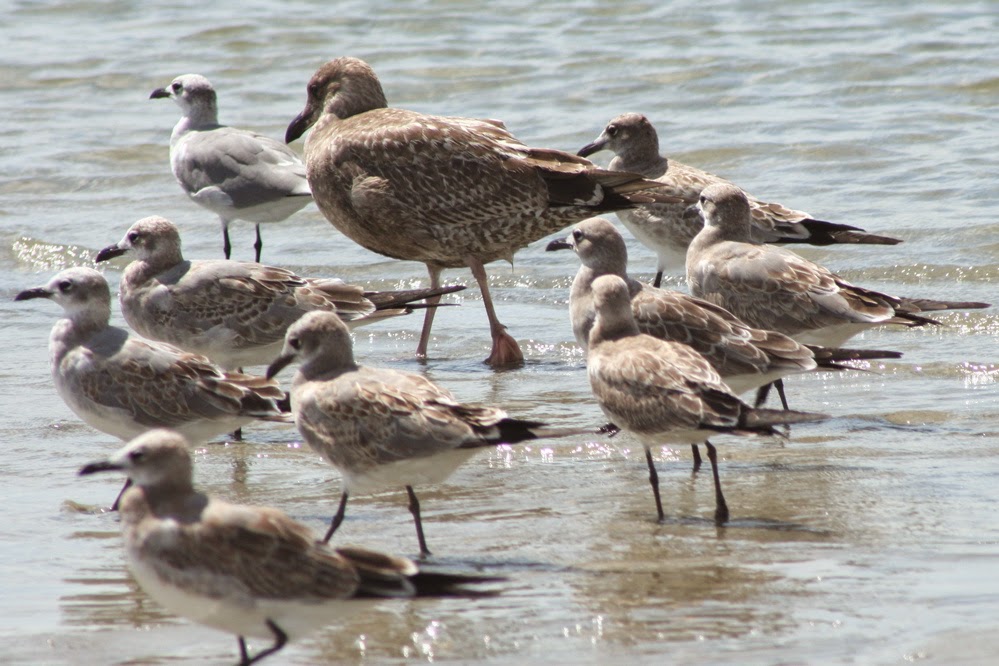 If you've ever seen a bunch of Laughing Gulls, and one of them looks like a wrestler, he's probably a Herring gull, not a Laughing Gull. This is a great picture (if I do say so myself) that shows the size difference between the two species. 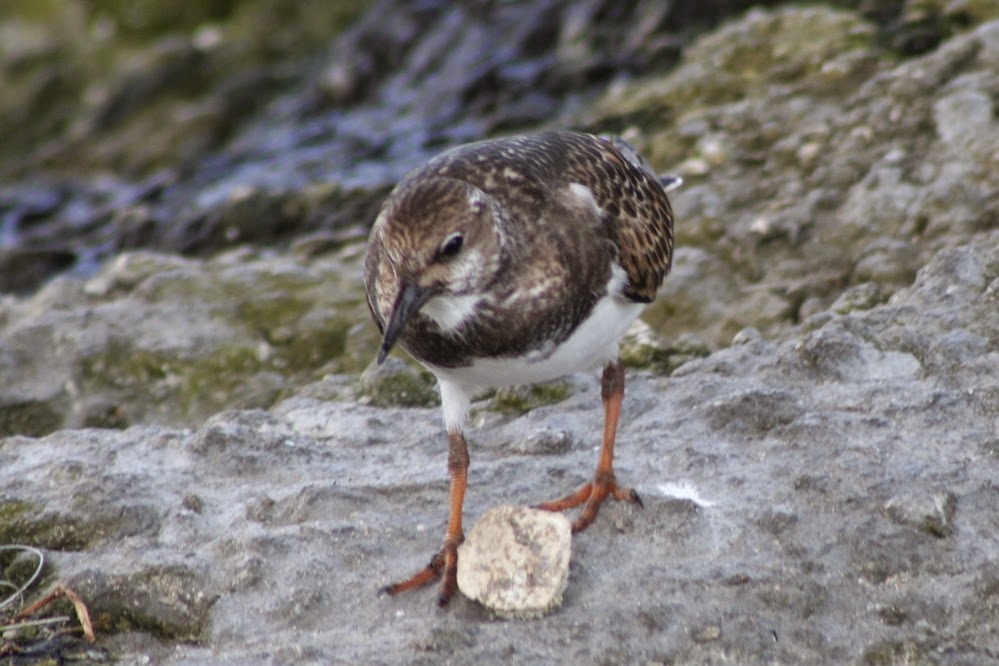 A Ruddy Turnstone, doin' his thing. 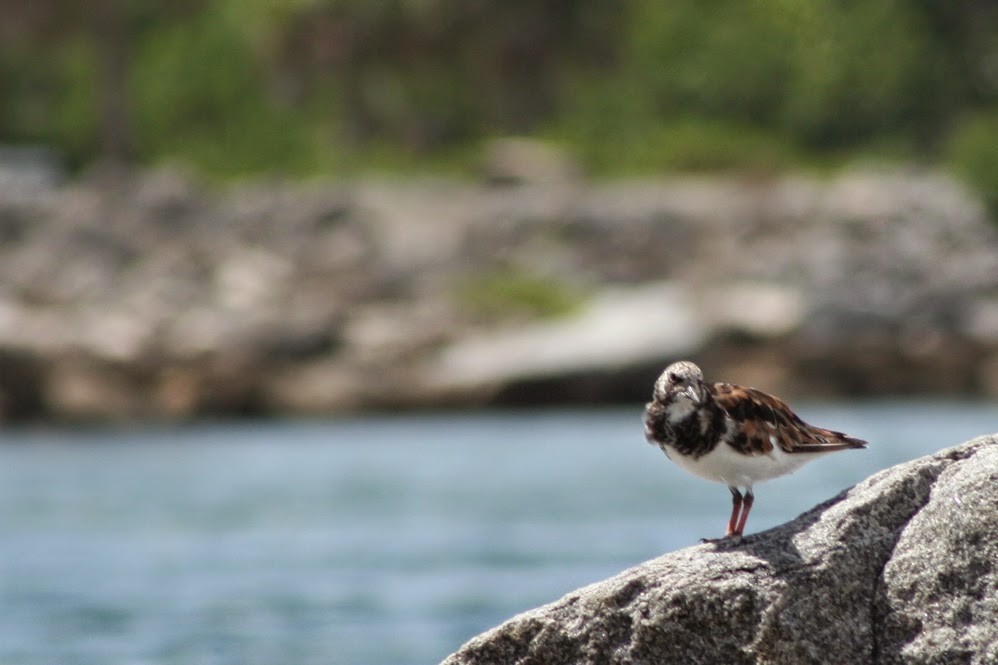 This Turnstone was a little poser. 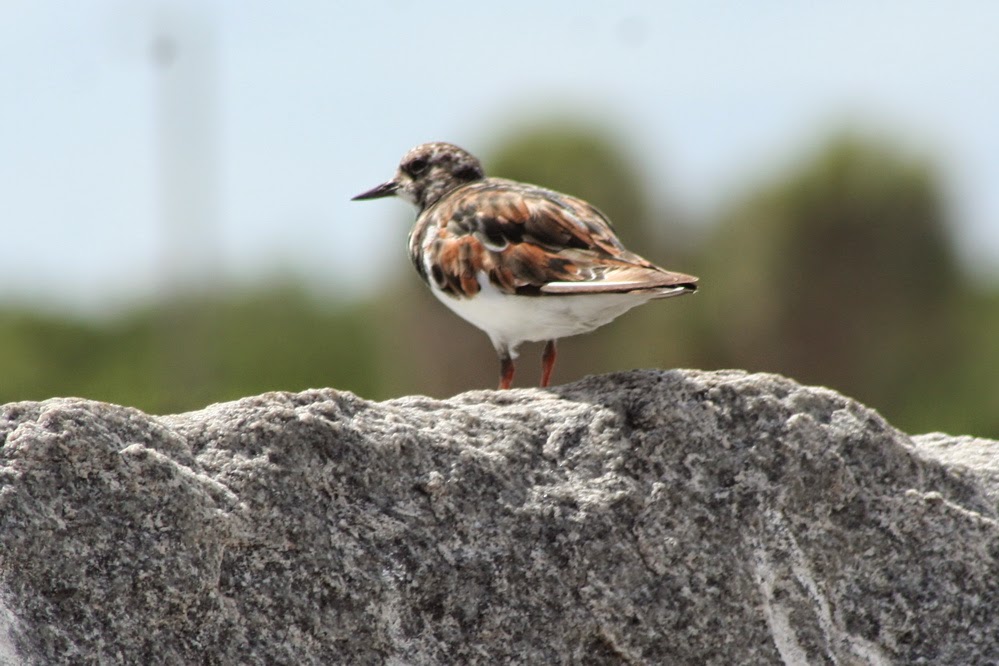 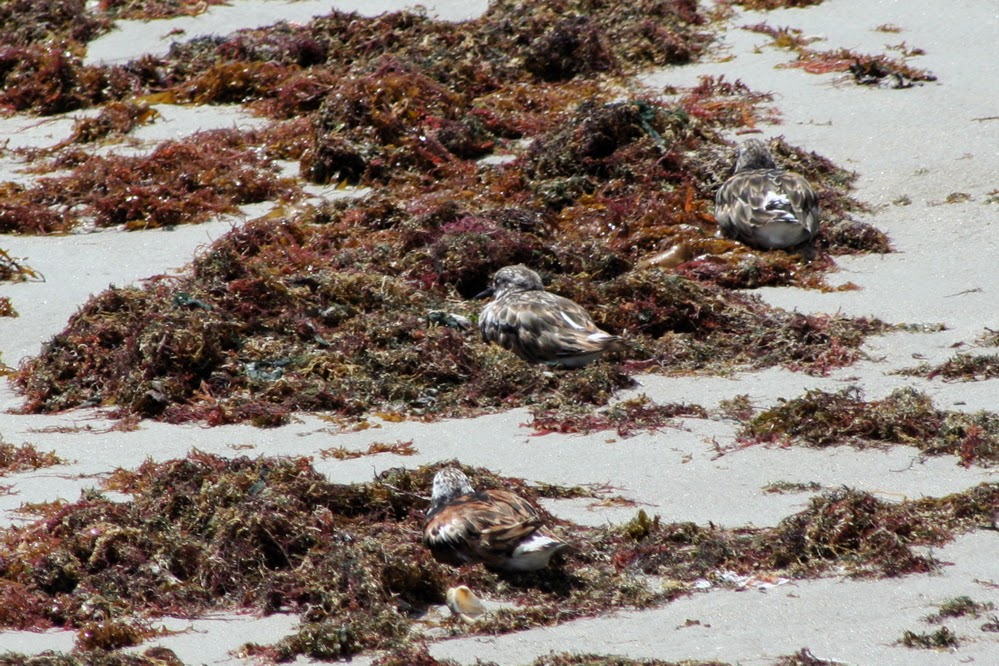 It is pretty amazing how the Turnstones can just completely disappear into the seaweed.  There are 3 birds in this picture. 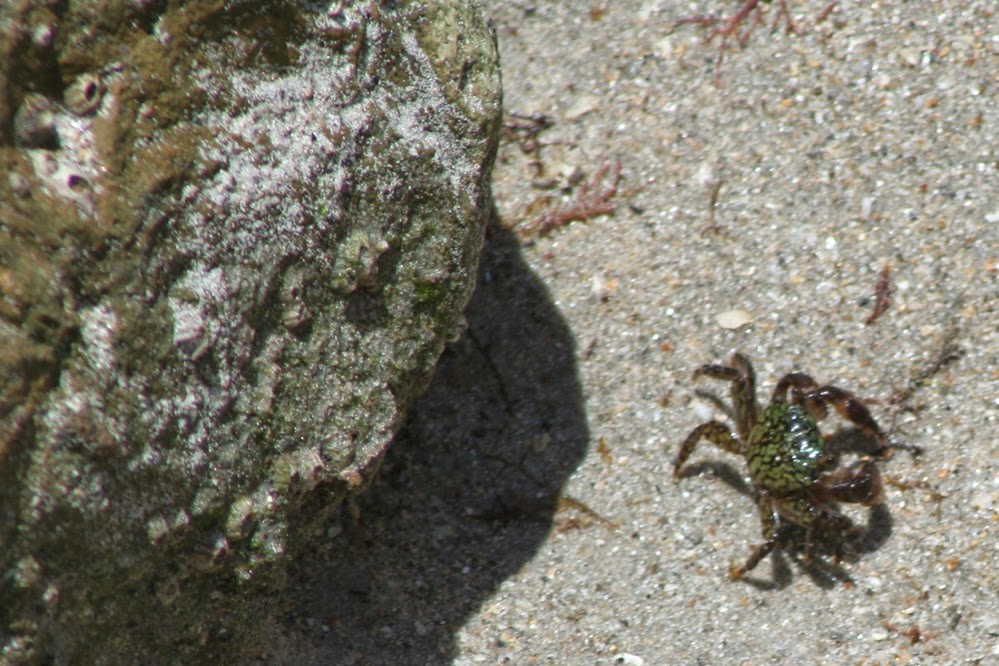 Another species of crap. I swear, this one almost looks like a Mangrove crab, but they wouldn't be at the beach. 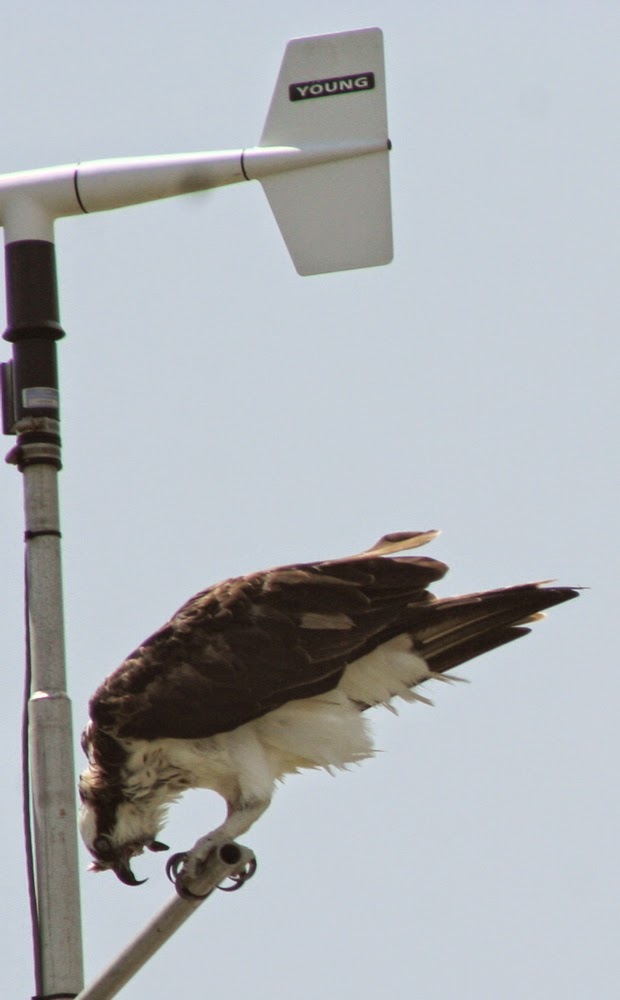 This is something else I've never taken a picture of. This Osprey was puking (I mean, I actually saw the chunks come out.) David says it is common for raptors to barf pellets. I knew Owls do it, but was not aware other raptors do. 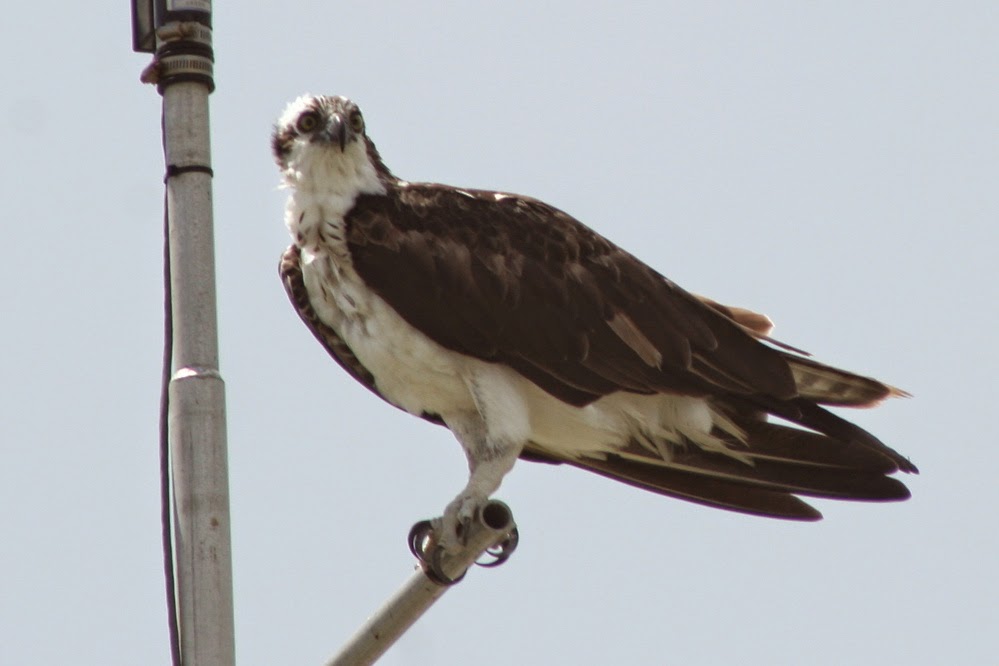 "Oh crap, that idiot with the camera just took pictures of me puking. No more Jim Beam for me." 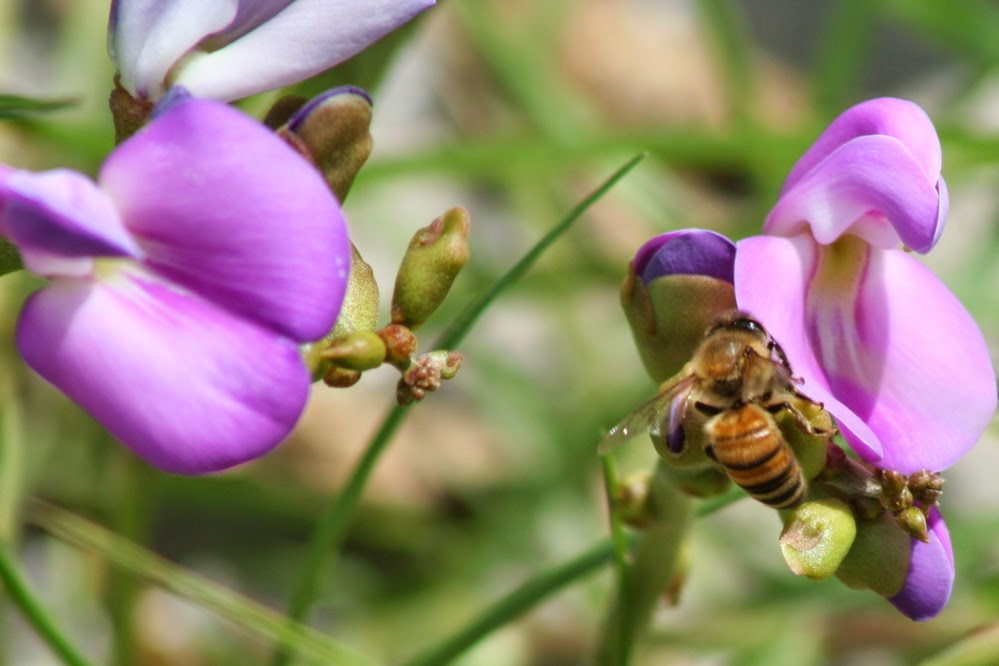 Some pretty bees on flowers. 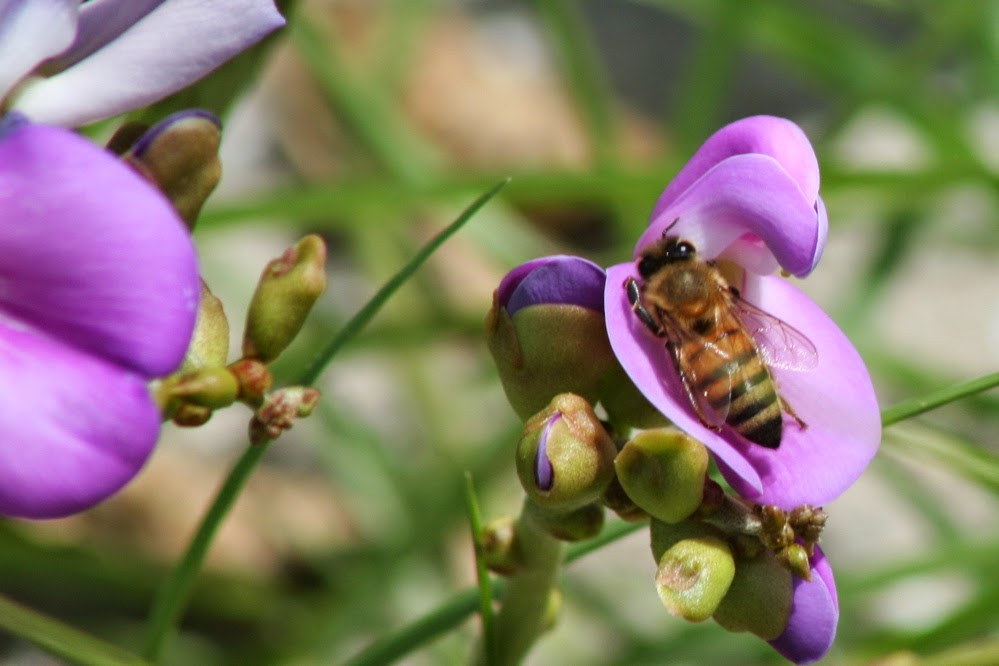 I love the amber color on against the purple. 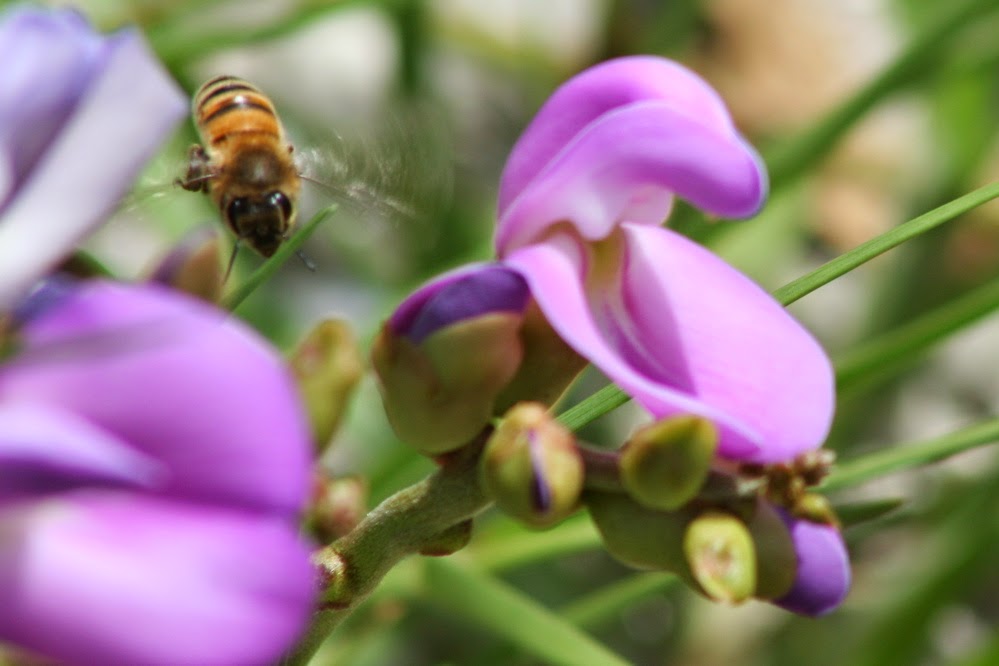 I thought this picture was cool, his wings look like helicopter blades. 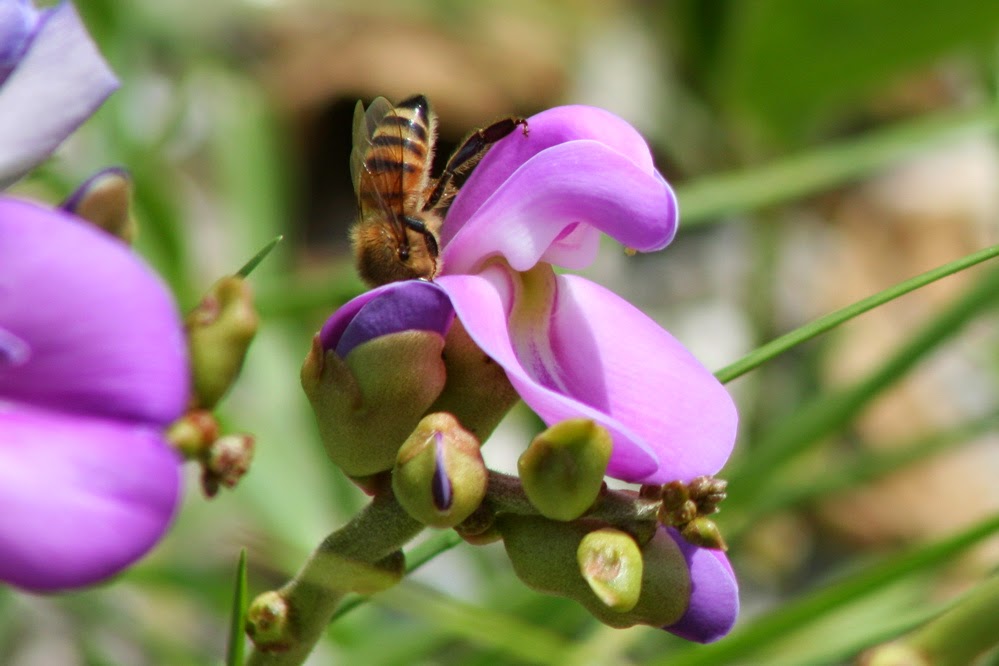 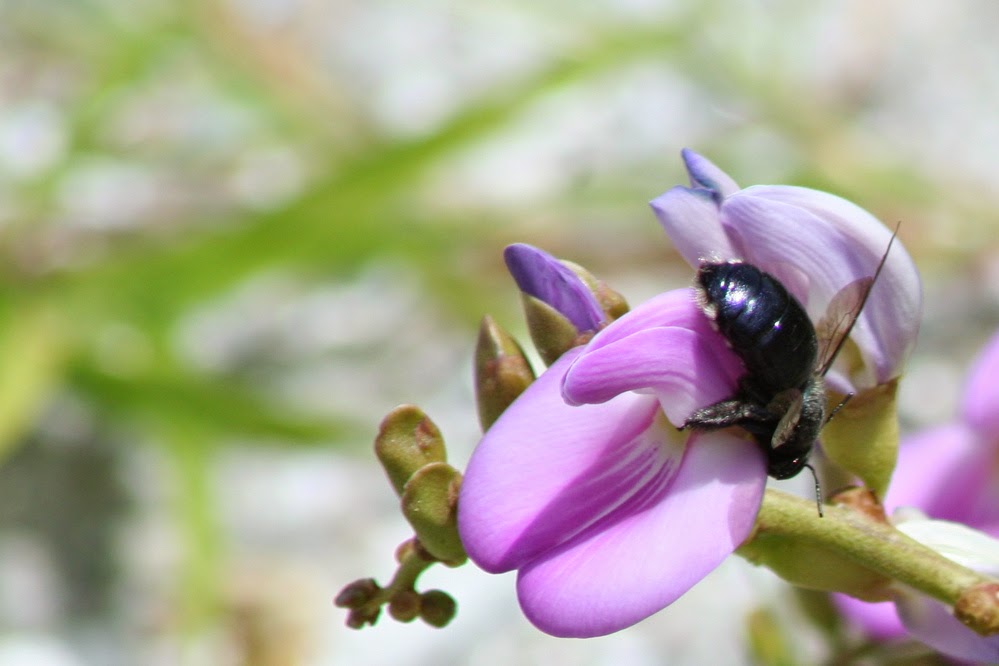 I have no idea what this is. It was acting like a pollinator, but looks like some kind of beetle. 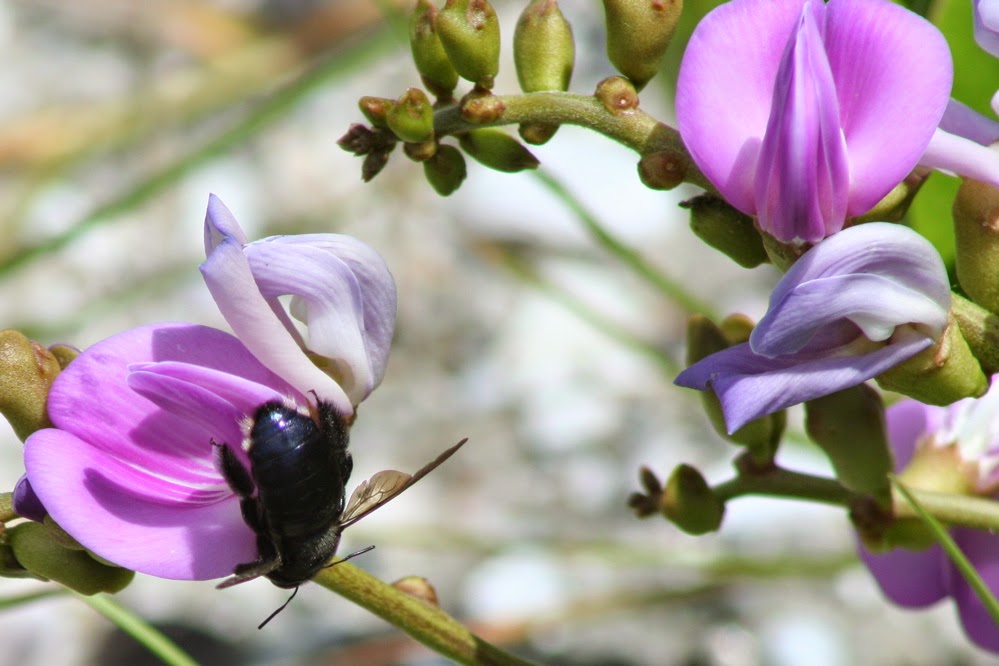 I like the little white panties showing at the top of his back legs. 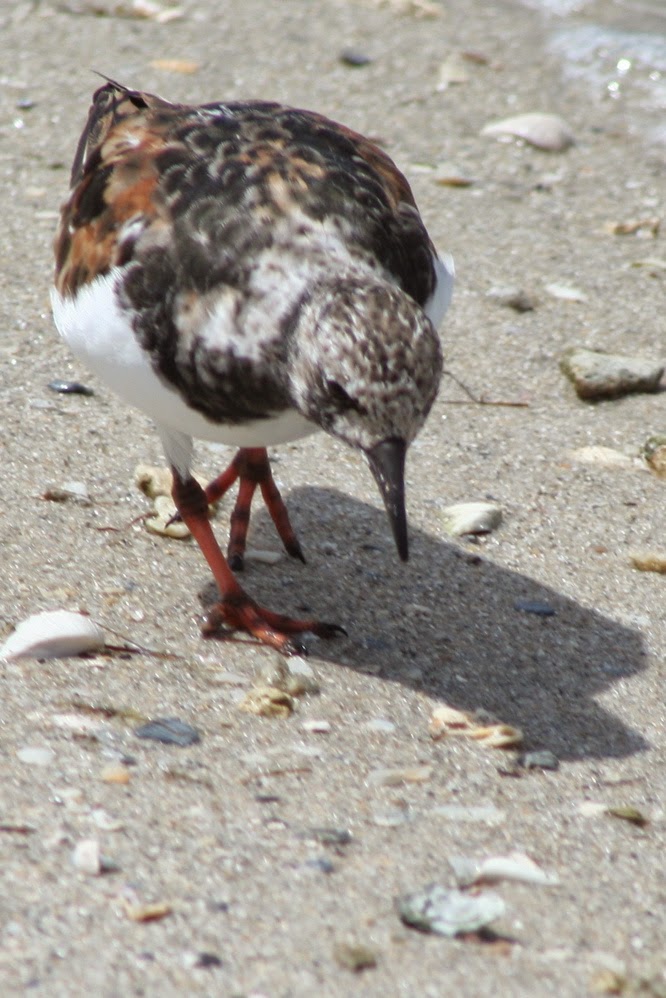 Something about this picture tells a story. I think this Ruddy Turnstone just had a huge fight with his wife (over the fact that he was out doing shots with the Osprey last night), and he stormed off to think about things while walking on the beach... 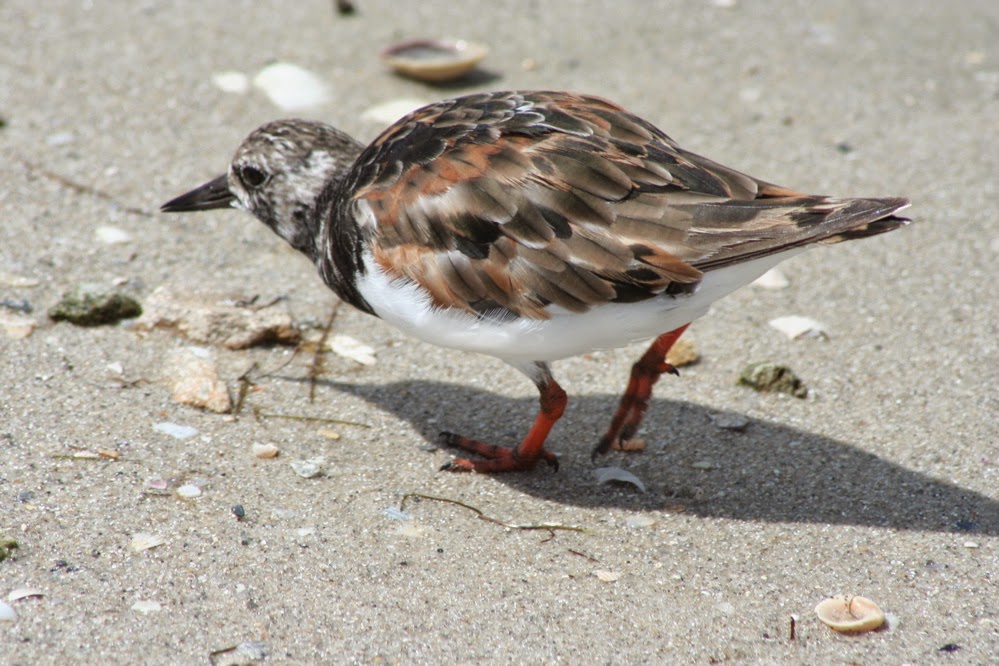