Had a great time out with my sweetheart this weekend celebrating my birthday and our 12th anniversary. Not shown here is the male Bobolink that used for my 8 a.m. blog. 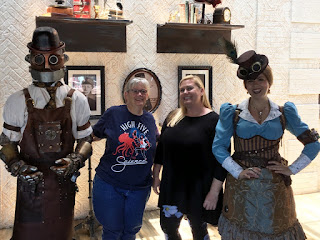 We started off the weekend with Heather and Dave at The Toothsome Chocolate Emporium. Food was awesome. This is me and Heather with the steampunk robot and the "owner" of the restaurant. 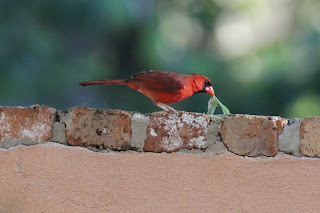 Then David and I went to the Magnolia Inn Bed and Breakfast for the night to celebrate our anniversary. The link goes to the actual room we stayed in. Very nice place. We ate breakfast on the patio with this cardinal who was eating his breakfast too. I'm pretty sure ours was MUCH better than his. 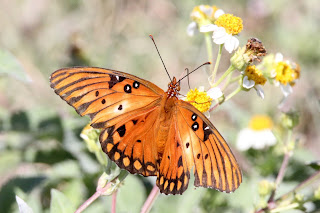 After breakfast at the B&B, we drove through the Lake Apopa Wildlife drive. We didn't see my owls, but we did see a Gulf Fritillary (and lots more... keep reading.) 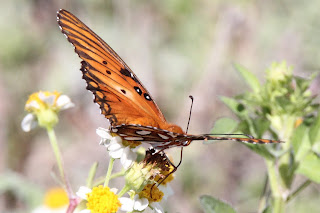 I thought this was a cool picture cause you can see the underside of his wing, compare and contrast with the upper side. 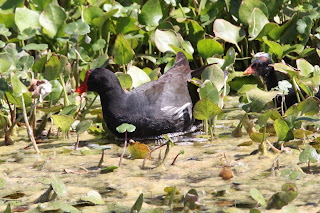 A mom and a baby Common Gallinule. 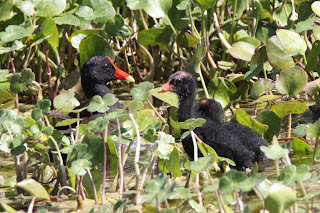 Almost every Common Gallinule we saw had babies with it. 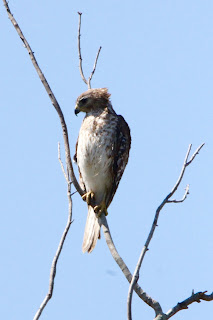 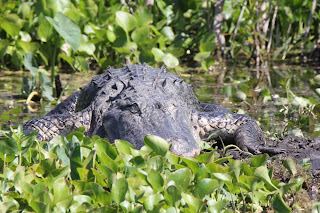 It's a good thing David still loves me after 12 years cause he had literally over 100 chances to feed me to alligators today. This was one of the biggest I've ever see. This was taken with the 600 mm lens with almost no cropping. His head filled the camera from this far away. 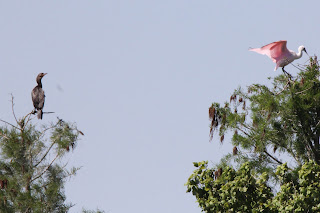 A Roseate Spoonbill mooning an Anhinga. 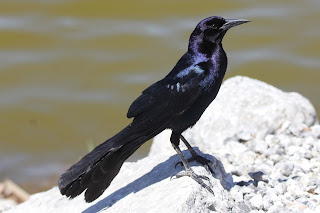 Male Boat Tailed Grackle. These guys are common as dirt, but so very beautiful. 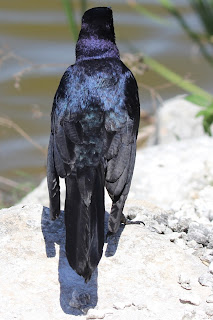 Love the way the light his them. 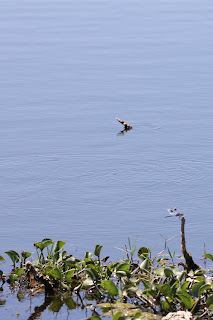 This made me laugh. From a distance, I totally thought this was a Tri-color Heron in the lower right hand side of this picture. 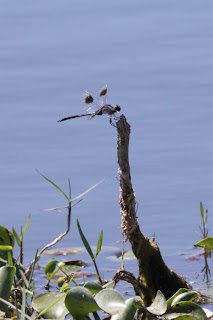 Then I zoomed in... it's actually a 4-Spotted Pendant dragonfly sitting on the end of a stump. 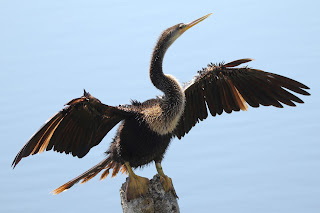 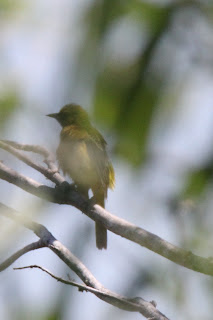 My first life bird of the day, a young male Orchard Oriole. 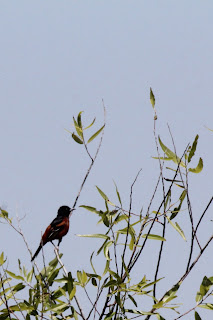 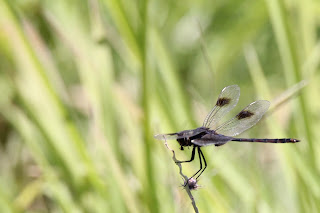 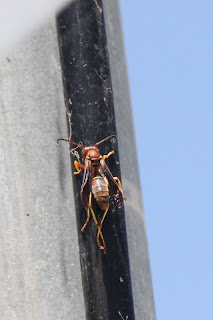 Some kind of pretty wasp. 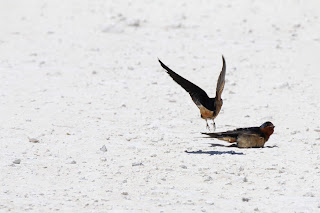 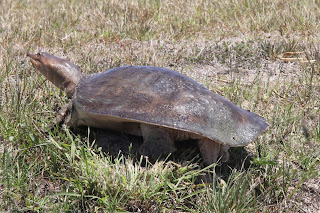 This was cool. A Soft-shelled turtle laying eggs. 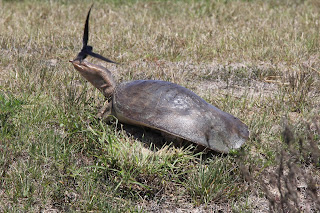 The Soft-shelled turtle being photobombed by a Barn Swallow. 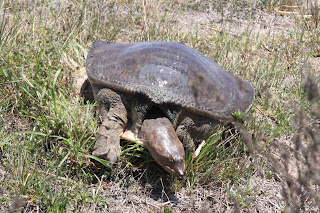 I love these guys. A face only a mother could love. 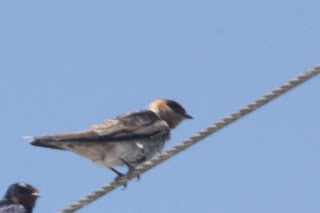 My second lifer of the day - a Cave Swallow. 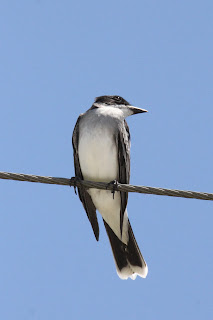 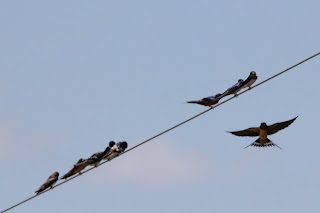 Not a great quality photo of Barn Swallows, but I really liked the one with his tail splayed out. I never notice the white tail stripe before. 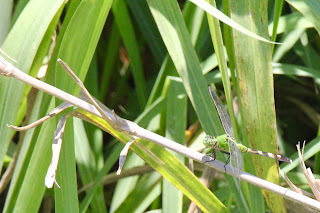 Look close -  there is an Eastern Pondhawk dragonfly. He blends in so well with the green foliage. 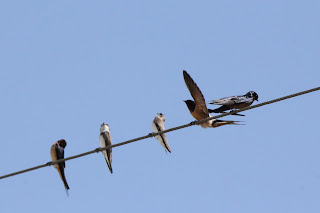 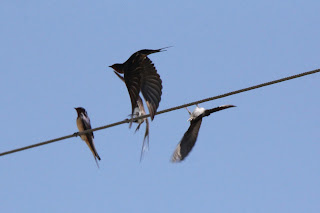 Yes, I drank this weekend, but there really is a swallow hanging upside down here. Apparently the one in flight knocked him off the wire and he grabbed the wire after being knocked off.

Overall a very fun weekend with my bestie and my sweetheart.
Posted by deederange at 4:35 PM

Email ThisBlogThis!Share to TwitterShare to FacebookShare to Pinterest
Labels: Family