I only led one field trip this year, and it was cold and windy (33 degrees when we started out at 7:00 am for our field trip), but still as always, the festival was lots of fun. And, I came out of it with 3 life birds. None of the lifers were particularly rare, just stuff that for one reason or another I never managed to get a picture of before. With out further ado (click photos to enlarge): 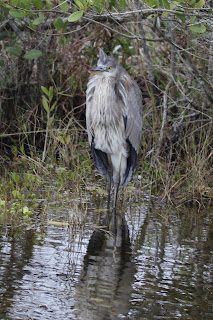 The wind was insane on Saturday morning. I got a lot of photos of birds having tragically comic bad hair days. This was a great blue, looking a little like PeeWee Herman. 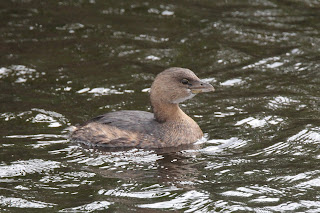 This is a Pie-billed Grebe. One of my favorite birds. I love the way they look so happy even though they appear to be sinking. 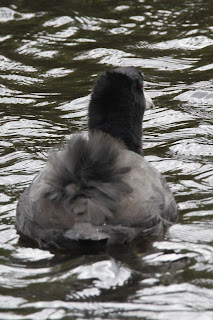 This is a Coot. He kinda looks like he had beans for dinner. 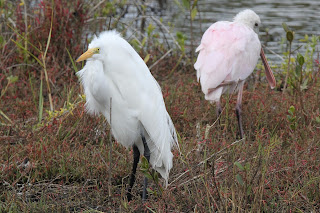 This Great Egret and Roseate Spoonbill were hanging out together. They were both having a bad hair day... 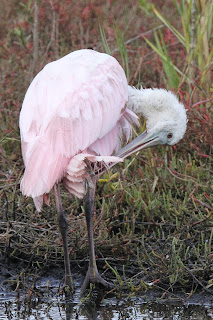 What made it funny though, was that the Roseate was being soooo vain - despite the wind blowing hard and constantly, he kept trying to comb his hair... 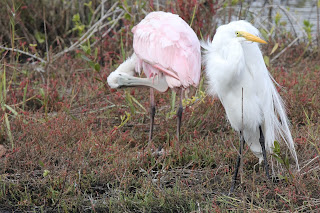 ...and the Great Egret just stood there looking cool, with his hair blowing every which way. 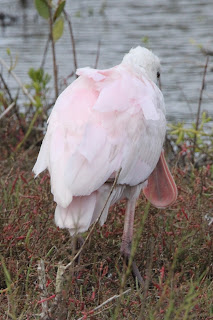 I liked this picture. The Spoonbill is just just having such a bad hair day, but it almost looks to me like he's wearing a torn prom dress from the 80's. 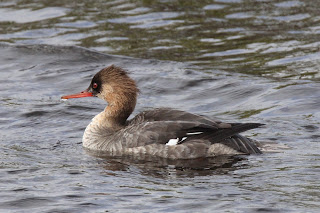 This is one of my lifers for the weekend. Red-breasted Merganser. Look at that crazy orange beak! 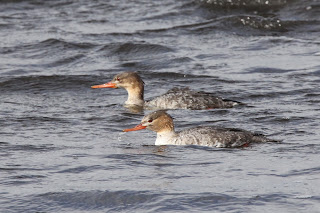 The weird thing about the Mergansers was that there was a bunch of them, but no two really looked exactly alike. These ones didn't have the black eye...

...and this one had some black markings on his neck and face that the other ones didn't have. But they all had the crazy shaped orange beak. 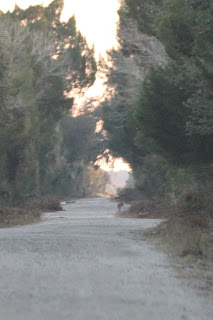 Saturday night, David and went out to Shilow Marsh to look for a Short-Eared Owl. We never found it, but we did get a cool critter - this is a terrible photo, but there were two Coyotes on the road ahead of us. 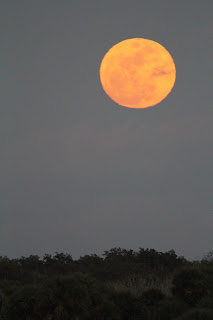 It was very very cold and windy, but the moon was amazing. 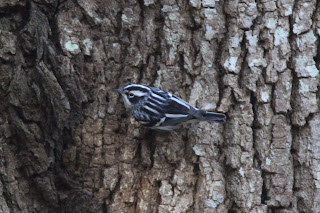 Sunday morning, we started out at 7 am, and the temperature was 33 degrees for our Pish-free Birding field trip. All 3 of the participants showed up for it, which was 3 more than we were expecting, given the weather. It started slow, but got better. This is a Black and White Warbler we came across. 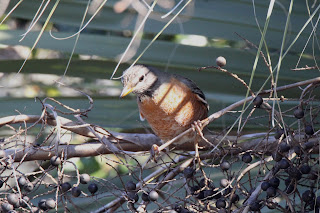 Also on the Pish-free birding trip, we had about a million Robins. What I really love about Robins is how no two seem to have the same plumage. This isn't a good photo, but notice how he had black and white stripes on his neck and kind of a speckled red breast. Really unusual and pretty. 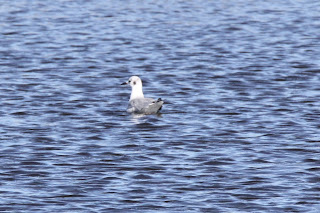 This was another lifer. After the Pish Free birding trip was over, we drove through Blackpoint. We came across this Bonaparte's Gull. These are pretty common, but for whatever reason, I have never gotten a photo of one before. 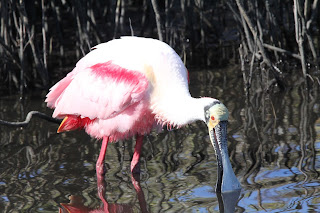 And there were Roseate Spoonbills galore! 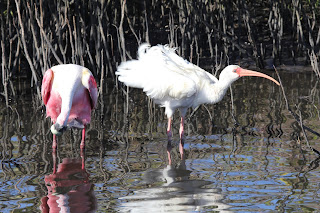 I think this White Ibis was jealous of the Spoonbill getting all the attention so he farted on him. 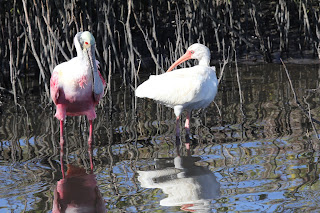 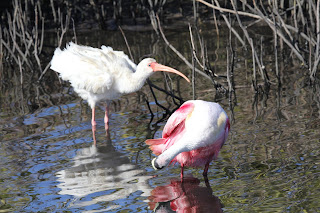 The Ibis farted in another direction after that. 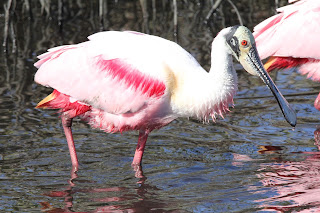 I never noticed that the Spoonbill gets orange armpits in breeding plumage. Or maybe his antiperspirant wasn't working and his feathers were sweat-stained. Either way, it looked good on him. 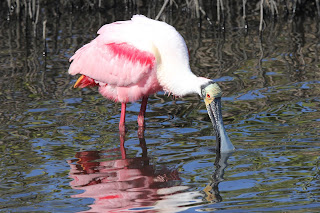 Proof that any idiot with a decent camera can take a wicked good picture when the subject is pretty enough. 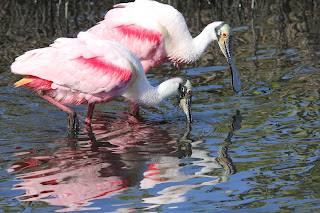 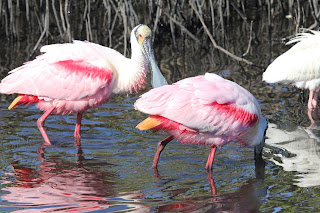 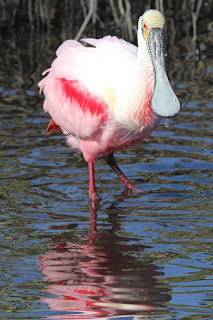 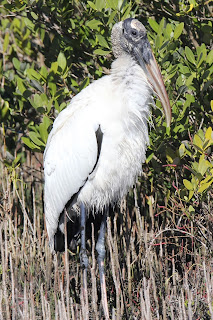 There was one Wood Stork in with the Roseates. What I like about this picture is how his legs blend in with the mangrove roots so that it almost looks like he is legless and hovering above them. 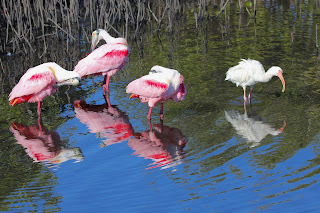 This picture made me laugh, but then I felt bad. White Ibises usually look so pretty and delicate, but compared to the Roseates in this picture, the Ibis looks like a totally awkward goofball. I can relate. 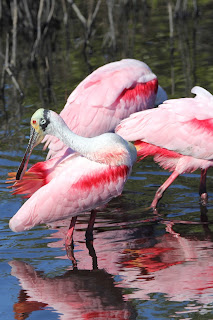 And, just for good measure, some more Roseates. 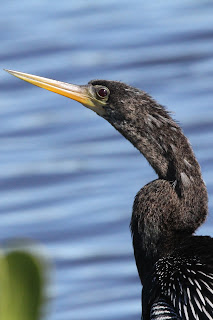 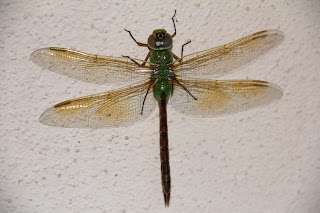 And, then, when I came home, this was on the wall beside my back door. Too cool!

Posted by deederange at 4:32 PM