I snuck out for a long lunch today to chase the Western Reef Heron. It wasn't a particularly hard chase, he was sitting right where it was reported, just waiting for us. Note that this has not been an officially approved sighting yet, but the only other thing it could be is a Tri-color/Snowy hybrid. Click the pictures to enlarge. 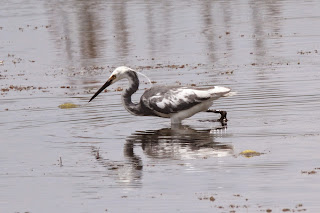 Notice the long white plume on the head. 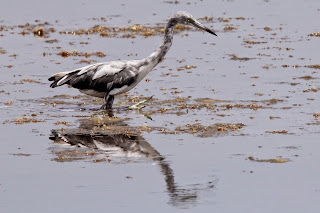 Compare and contrast with an immature Little Blue. 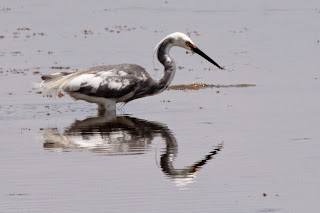 Although the plumage is similar, note that honking big bill, about twice the size of the little blue.  Note also the yellow lores. 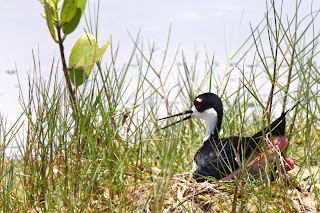 There was also a nesting Black Neck Stilt. This normally would have been my big sighting for the day as I just love love love Black Neck Stilts. Look at the way it has it's pig pink feet tucked under, so casual, like she's just watching TV. 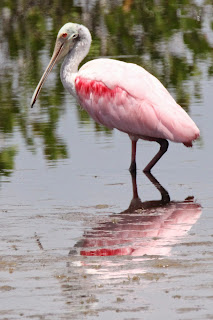 And of course, no trip to the refuge is complete without saying hi to the Roseate Spoonbills.
Posted by deederange at 1:24 PM