Update July 26: I asked Lumpy to smile for me today. At first he said No, and stop calling me Lumpy. But then I explained it is a term of endearment so he smiled for me. Click pictures to enlarge. 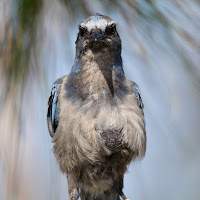 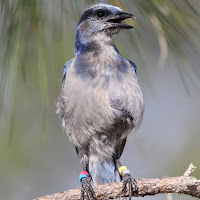 Update: July 22:  I think the lump is getting smaller. The first 3 pictures here are today, the last 3 are from July 5. Although I am a little concerned about what looks like blood around his beak in the last picture here (click to enlarge). 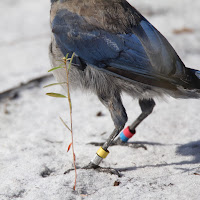 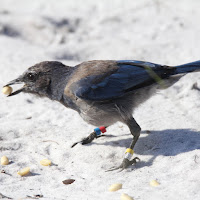 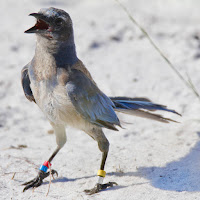 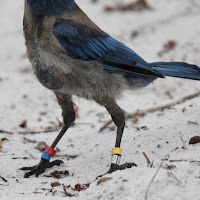 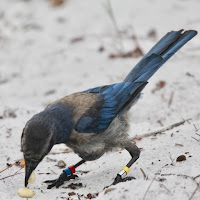 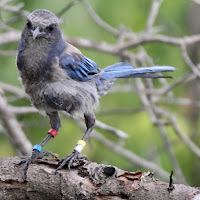 Update July 19: Lumpy is still hanging in there. He is still eating and hanging with his family. I am not certain, but it almost looks like he is starting to get new feathers coming in. Either that or the lump is getting a little smaller. He looks kind of rough right now, but it's molting time.  All things considered, he is still remarkably perky (see last photo from today.) 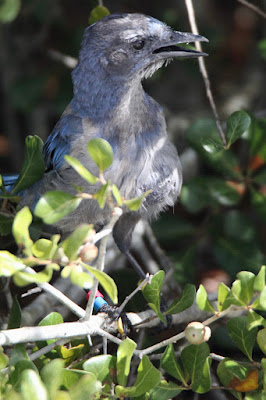 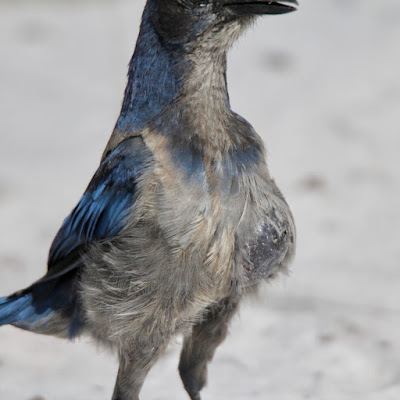 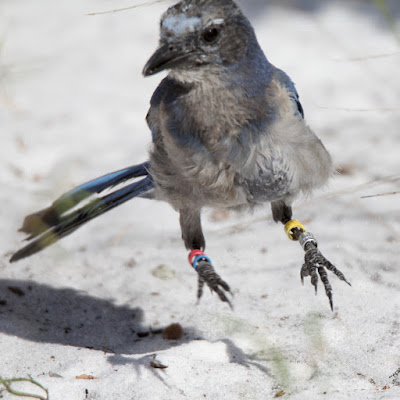 Update July 11: I think things might be getting worse.  On his leg where I thought he was just molting, it appears that there is another cyst/tumor now. It's weird because he seems more active, and has been interacting with his family for the past few days, which he hadn't been doing for a while.  It's on his left leg (with the yellow and silver bands) on his lower thigh. But at least as shown in the next picture, he is still eating, and I saw him poop yesterday. 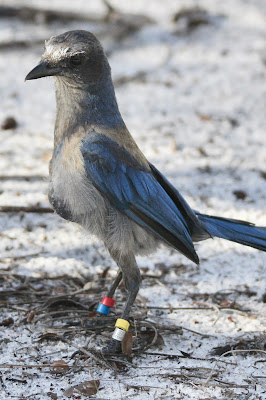 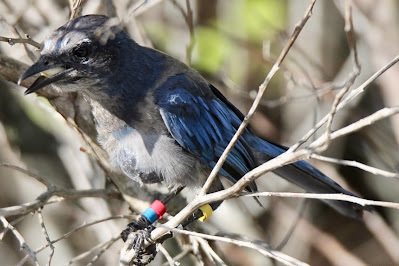 Update July 9: Might be just wishful thinking, but I think Lumpy (that is his name now) looks better today. He came down and took peanuts. 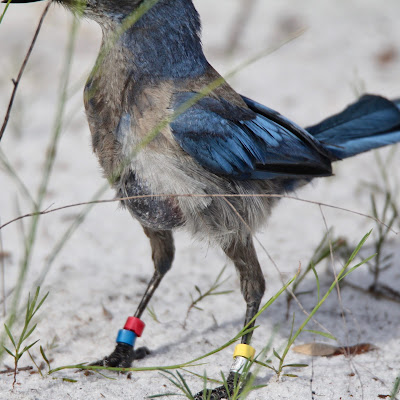 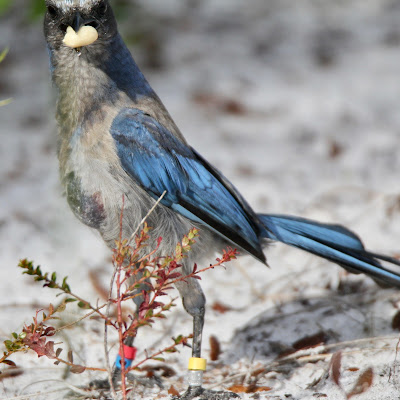 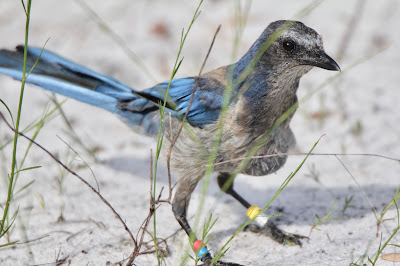 Update July 6: Cyst looks about the same size. He seems to be flying a bit stronger today. Came down and took peanuts. I noticed the feathers are off of his left flank below the cyst. Not sure if just part of regular molt. But at least he seems to be eating.

Update July 4: Not sure if I am just seeing what I want to see or the camera angle, but I think it looks smaller today, maybe he's getting better?

One of my Scrub Jays is very ill and getting worse :-( Here are pictures comparing yesterday to today.